“You Guys Talkin’ About Gorn?” Asks Roommate Who’s Always Trying to Get You to Play Gorn 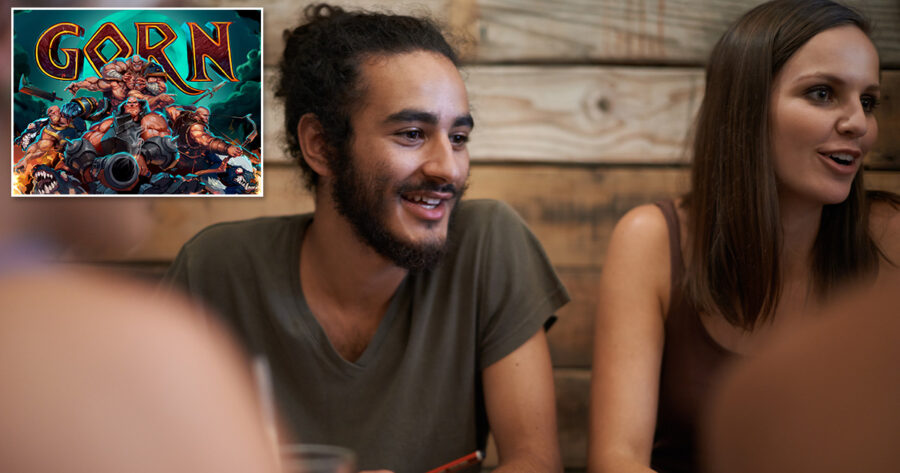 GREEN BAY, Wis. — For the third time this week, Gus, your roommate that insists 2019’s virtual reality gladiator combat simulator Gorn was the game of a generation, has brought the title up unprompted.

“Hey I was just brushing my teeth and I thought I might have heard one of you say Gorn?” said Gus, clad in only a towel. “I could bring the VR rig out here if you guys wanna try it finally? Or I could move some of the shit off of my bed and we could all pile in there and play some Gorn? You guys like Gorn? Anyone wanna play Gorn with me?”

“I’ll go get the Gorn started,” he said, before leaving the room.

Several guests you’d had over at the time were puzzled by your roommate’s fixation on Gorn.

“That was weird, not a single one of us said anything about Gorn, I’m sure of it,” said Tony, your friend that was hanging out at the time. “Someone probably said something that rhymed with Gorn, I don’t know. A few minutes later he came out and said he had Gorn all ready, and I didn’t know what to do. He still wasn’t dressed! He just got so excited about Gorn. I played a few rounds. It was pretty fun, there’s no denying that, but we were most certainly not talking about Gorn.”

As of press time, Gus was overheard talking to his father on the phone in the other room, wishing him a happy birthday and telling him about Gorn’s Metacritic score of 85.

Pssst hey. Were you just talking about Gorn? Because this article is sponsored by Devolver and if you haven’t checked it out yet, I think you’d really like Gorn. It’s super silly and fun to just beat the piss out of people in VR with their own body parts. I can boot it up, if you want. We doin a few rounds of Gorn? Lemme know! It’s like 20 bucks on Steam right now if you wanna give it a shot. It’s Gorn time, baby!