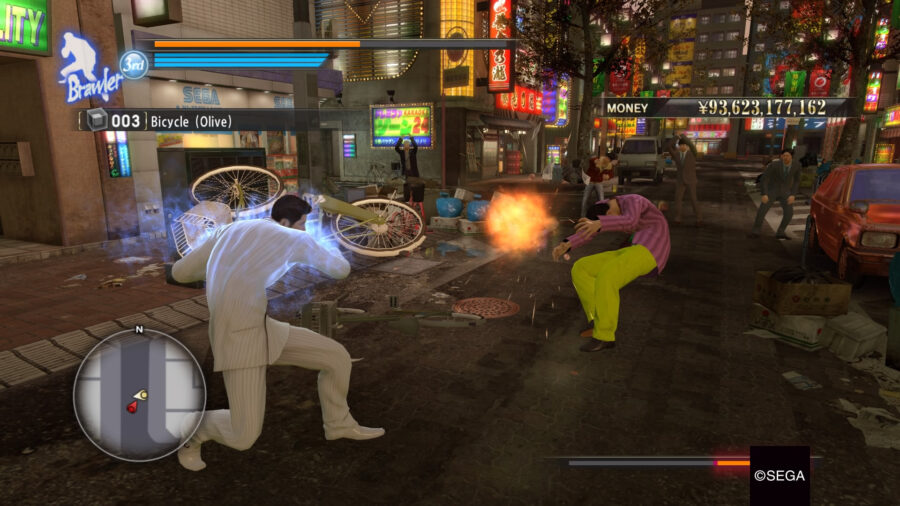 TOKYO — A devoted fan of the Yakuza games vacationing in Japan has reportedly not been involved in nearly as many fights wherein he wielded a bicycle he found on the street as a weapon as thought he’d be, sources have confirmed.

“Yeah, I spoke to Randy, and he’s actually not having the best time in Japan so far,” said a close friend of the vacationing Yakuza fan Randy Elrod. “He said the people and food and the sights have all been pretty wonderful, and I think he’s enjoying it on that level. But he also said he’s sad that he hasn’t been mixed up in too many adventures or learned too many fighting styles yet. I’m like, ‘Dude, you’ve only been there three days. You have to wait.’”

Elrod confirmed that his vacation has felt a bit uneventful compared to the events of his favorite gaming series.

“Look, I’m not unrealistic,” he said. “I didn’t think I’d be getting framed for murder or infiltrating the criminal underworld right when I got here. But I don’t know, I thought there’d be a lot more going on, you know? I thought I was gonna be going wild in the streets out here fighting four dudes at a time, but nope. I haven’t even spotted Mr. Shakedown yet. I thought I did but it was just some big guy.”

“I did play a shit load of OutRun at an arcade yesterday,” he added. “So there’s that.”

A chef at a restaurant Elrod has been frequenting confirmed that the American seemed to be having an underwhelming visit.

“I’m sorry he’s not having a better vacation,” said Miya Masahiro, owner of a local eatery. “He comes in here at least once a day, and he sort of just sits around eavesdropping on people’s conversations and asking if they need him to get involved. It hardly ever goes well and at this point I’m thinking of asking him to not come in anymore. He’s a nice enough guy, but he keeps trying to get involved with everyone’s business and getting himself beat up. I think he needs to relax a little bit before he gets himself hurt.”

As of press time, Elrod was seen injuring his back trying to wield a bicycle in a street fight.