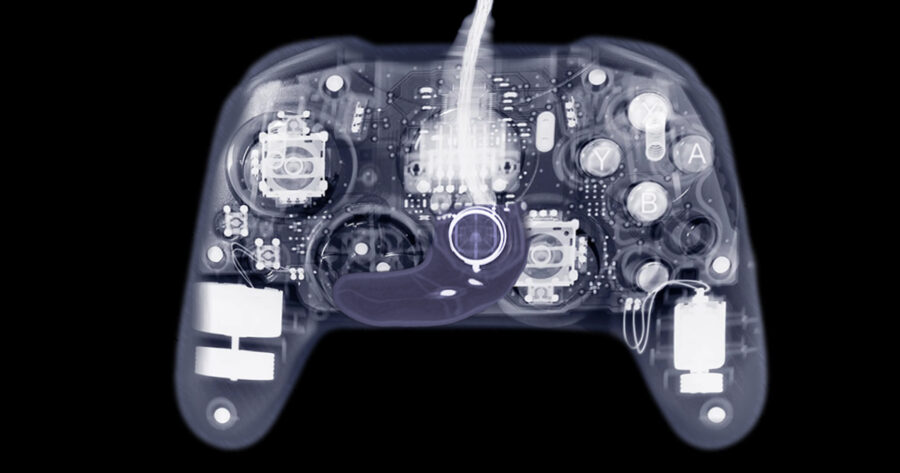 BALTIMORE — Johns Hopkins University completed the first successful x-ray of a Nintendo Switch Pro controller, revealing evidence that the controller’s ancestors once had a third handle.

“We expected to see some circuits, wires, maybe a battery or something in there—normal controller stuff. But when we looked closely, there was a mysterious piece of vestigial plastic. In our professional opinion, this indicates that the Switch Pro likely descends from a three-handle controller,” said Dr. Karen Horton, Director of the Russell H. Morgan Department of Radiology. “Yes, we know how crazy that sounds.”

Hailed as a major breakthrough, the discovery offered scholars a rare glimpse into how gamers may have gamed in ancient times.

“Did gamers used to have three hands? Did three gamers share one controller? It raises all kinds of fascinating questions — more questions than answers,” said Anand Pandian, chair of the anthropology department at Johns Hopkins. “Honestly, we may never figure this one out.”

The public reaction was less enthusiastic, with some expressing skepticism of the theory.

“I don’t care how long ago it was, there’s no way they put a whole extra handle on a controller for no reason. It’s just not done,” said local gamer Chase Morrison, 13. “If our ancestors had been that dumb, we would have gone extinct.”

Radiologists later gave the Switch Pro controller a PET scan, uncovering what appeared to be the remains of a stupid little screen.