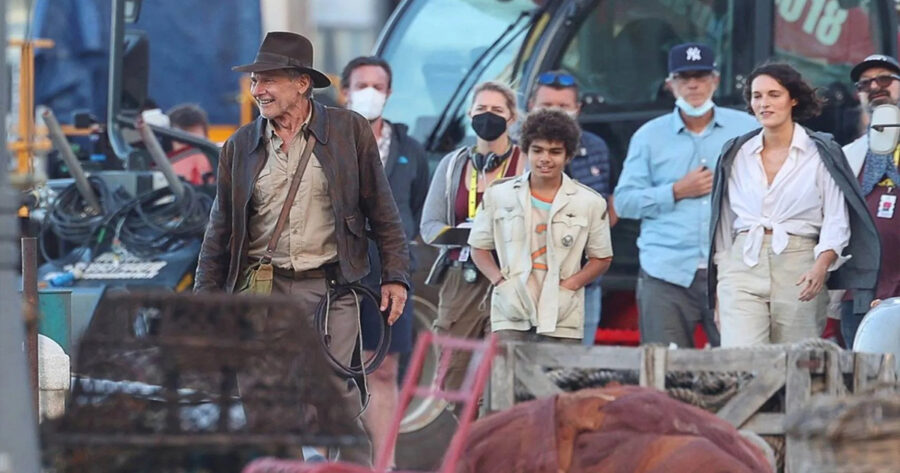 LOS ANGELES — Tensions continue to mount globally, as the world at large continues to inch closer to the long threatened release of Indiana Jones 5, an event experts have long warned was inevitable.

“We knew there was a good chance of it happening one day,” said UCLA Film Studies Professor Arthur Buchannan. “But recent threats by director James Mangold that he was done filming and ready to start editing have reminded us that that day is coming and will certainly affect us all. As humanitarians and fans of the franchise, we worry about the potential damage [to our affection for the Indiana Jones movies] another installment might do.”

Despite the grim warnings from leading experts, the minds behind the franchise continue to taunt the public with their cryptic warnings of a new film just beyond the horizon.

“We’re really excited to get a trailer to several major cities as soon as we can,” said producer and Star War criminal George Lucas. “We knew when we got together to make Crystal Skull that we’d get back together and do this one day. We just didn’t know when!”

“Rest assured,” continued the threats from the ousted former Lucasfilm chairman. “Indiana Jones 5 IS happening in your lifetime. Bet on it!”

Others in the film community agreed that the threat was a viable one.

“If the film opens one place, it opens all over the world, simple as that,” warned former studio executive turned action movie advisor General Carl Sutherland. “That’s just simple economics. If a tentpole picture like that makes money in one market, it’ll make money in every market. It’s called ‘Mutually Assured Demographics.’ Once this thing premieres anywhere, it’ll be everywhere. May god help us all.”

As of press time, concerned fans of the franchise were climbing into their refrigerators, preparing for the absolute worst thing they could think of.