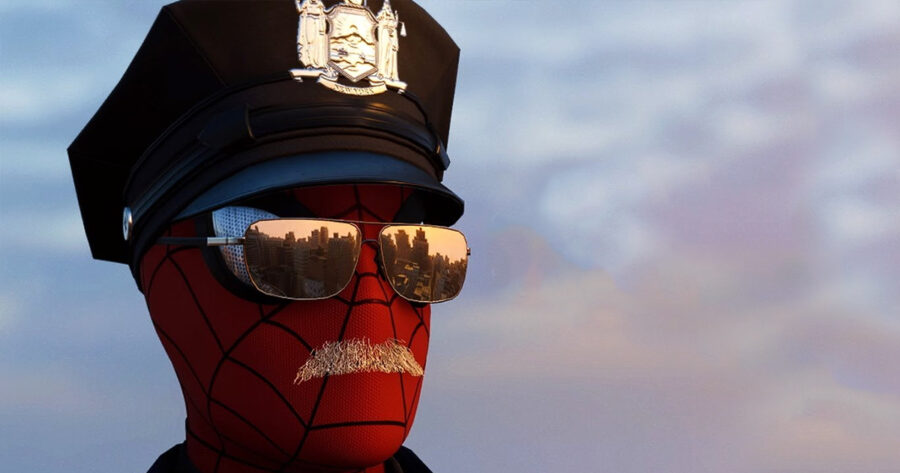 NEW YORK — New York police officer David Whitehead pulled Spider-Man aside today after teaming up to beat up a group of low-level drug dealers to espouse a lengthy diatribe that “with great power, comes no responsibility.”

“Look Spider-Man, I don’t know what you’ve heard but you actually don’t have to feel responsible for your actions at all,” explained Whitehead. “In most cases, you’re basically rewarded for whatever it is you end up doing. It’s pretty great. Do you have a body cam or anything like that? Because you can just throw that thing away, really, nobody’s gonna care.”

“The thing about guys like us is that we’re heroes no matter what,” Whitehead explained. “So maybe you blow up a building stopping the Vulture, or I murder a civilian in cold blood because I  accidentally showed up at the wrong house, but at the end of the day, we’re the good guys and everybody knows it! So they tell ya to take a few months off on vacation and you come back with a tan. Do you get PTO for being Spider-Man? You gotta unionize with the other one or something, try to fight the city to be able to use guns or some shit.”

“That’s my favorite thing about great power,” Whitehead added. “That it comes with absolutely no responsibility.”

After his confrontation with Spider-Man in Harlem, Whitehead arrested a nearby teenager named Miles Morales for a minor traffic violation.