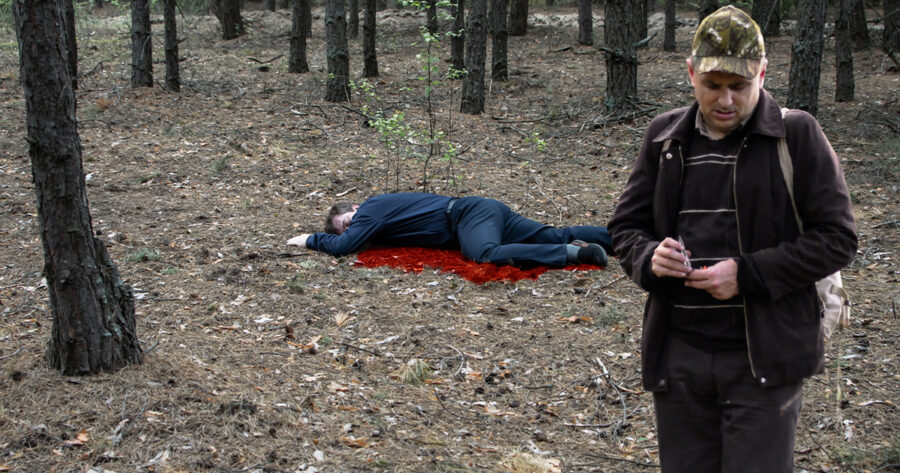 CEDAR CITY, Utah — Werewolf hunter Mattias Grimm has been under fire recently for a series of botched werewolf hunts while patrolling the city at night. Grimm’s reasoning has been called into question and he claims that he keeps forgetting that his specialized silver coated bullets kill regular people too.

“It’s so easy when you’re out there to forget,” Grimm said. “Sometimes I’ll unload a whole clip into a suspicious guy and then it hits me. I feel so embarrassed! For a while, I retired the silver bullets and started just hitting them with my car, which turns out kills humans too. Suffice to say I am in a lot of legal trouble. But I think everyone in town knows I’m a good guy at heart!”

“He saw me digging through my trash can at night, so he shot me in the kidney, pancreas, and then the spine and the knee,” Leibowitz said. “Even though he insists they were special werewolf bullets, they seem to hurt like regular old bullets. Don’t even get me started on that silver tire iron he uses!”

Another local citizen Margaret Sims expressed her concerns about the werewolf hunters methods.

“He doesn’t even hunt at night,” Sims said. “So if anyone he shot even was a werewolf, we would never know. How do you forget that shooting someone with a bullet kills them? It’s literally a bullet with more metal around it. Furthermore, I’d wager a regular bullet kills a werewolf too. It’s a fucking bullet.”

This is not the first blemish on Grimm’s track record, however, as most townspeople remember when Grimm drove a stake through the heart of the town minister who he believed to be a vampire, a tactic that, again,  would kill pretty much anyone.