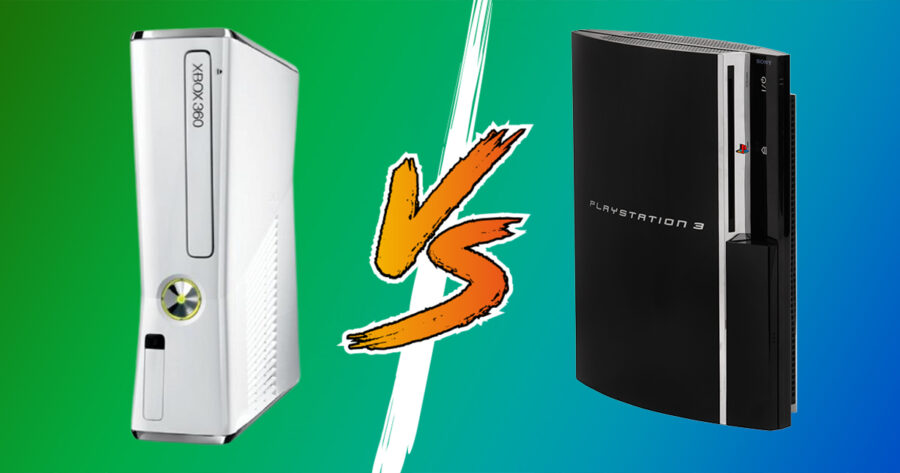 Any lifelong gamer knows that every so many years we are treated to the cutthroat environment that surrounds the launch of a new console generation, and 2006’s duel between Sony’s PlayStation 3 and Microsoft’s Xbox 360 is no different.

We here at Hard Drive have spent the last 180 months playtesting every feature and are finally ready to debut our head to head analysis of the two systems. Make sure you check this guide out before making your purchase! And please don’t tell me how Lost ended in the comments!

The PlayStation 3 wins this category by a mile. We were sending back Xbox 360’s so often because of red rings we were actually filling out the help tickets preemptively by the end there. With such a competitive gaming market, it’s pretty wild that Microsoft would just put out a product that shits the bed all the time. As for the PlayStation 3, in addition to working regularly,  I also entered a malnutrition induced hallucinogenic episode about four years into this assignment and my PS3 told me it would never, ever quit on me. This category is Sony’s all the way.

Here’s where the 360 really shines. Its exclusives like Halo, Gears of War, and Too Human are sure to define this gaming generation for years to come. PlayStation 3’s underwhelming array of exclusives leans heavily on sequels and head scratchers like The Last of Us and Demon’s Souls. I’m willing to bet these stinkers came and went without much fanfare. Hard to say, as I’ve been Oldboying this single article since George W. Bush was in office.

Nintendo’s Wii clearly established motion capture technology as THE future of video games, and it’s no surprise that the wave of hardware following that groundbreaking system featured heavily integrated motion controls. There’s no question that this is what gamers want from now on, the only question is who did it better?

The answer, technically, is Xbox. I wouldn’t call what I had with the Kinect “fun,” but the ambition of it is incredible. I danced with fucking Han Solo. I think. I don’t know. It was rough and weird, man. But all the PlayStation gave us was a Move controller that lets me pretend to row a boat in games sometimes. Microsoft on a technicality here. This stuff all kinda sucks, though.

The PlayStation 3 really stood out here, as a letter from my former spouse telling me she’s moved on inspired me to chuck the base model, featuring full backwards compatibility, clear across the fucking room, but it mostly survived! It definitely suffered some cosmetic damages, and sometimes it sounded like it was struggling to read the disk, but I was able to play pretty much every game afterwards!  (A small note, Nathan Drake sported a noticeable limp in my copy of Uncharted 2 after the incident. Not sure if it’s related.)

I was unable to test the units at the same time, as I had recently sent my Xbox back to be repaired for the 11th time. By the time it arrived I had calmed considerably, but decided to administer the test just the same, in the interest of journalistic integrity. Even my half hearted lob still reduced the Xbox 360 to a pile of plastic, wires, smoke, and somehow, a red ring of light. I swept the pile into a box and mailed it back to Microsoft.

Tallying up the results of the 15 years I spent on this article, it occurs to me that it is a tie! Too close to call! You should probably just pick up whichever one you think you’d like better. Hopefully this guide helped!