We Ranked Every Mega Man Game and Still Feel Nothing 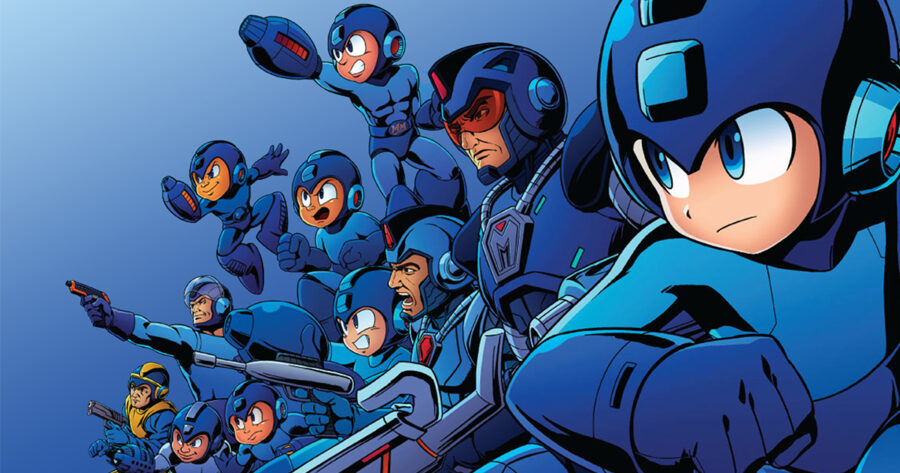 After a blurry year of stories, reviews, and just constantly having to be fucking learning about some bullshit, I thought this assignment to rank every mainline Mega Man game would be just the break I needed. Surely, this reflection upon a hugely influential franchise that I am also a lifelong fan of would bring some color into this grey existence of mine, but alas, ranking these games was no match for the exponentially growing apathy in my soul. I still feel nothing. There is a chasm living inside of me that feasts not on food and water to get stronger, but time itself.

Scroll down for Hard Drive’s ranking of every Mega Man game!

The original Mega Man is no less than one of the most influential 8-bit games of all time. It is far from the worst Mega Man title released, but I put it on the bottom of the list so as to feel something, anything. It did not work. This world is cold and no one is listening. Check this one out if you like NES platformers.

A perfectly serviceable and inspired modern entry into a cherished series, its low placement on this list is primarily influenced by the 2018 release’s cruel decision to age Mega Man in no way, despite the grotesque facade reflected back at you in your Switch’s black screen briefly in between levels. No amount of tight controls or fantastic music will dissipate the realization that you first played a Mega Man game 30 years ago.

I didn’t play this one, ok? There’s 8 bosses, you collect their abilities and shit. I don’t know. I had the time and everything, but I just fucking stared off for a while. Then this piece was due all the sudden and I found that Mega Man 6 was generally pretty low on these lists. The Mega Man games have been ranked 100 times already. There’s no way anyone is reading this.

Which one was this again? It probably was a cute love letter to the series but ultimately a hollow appeal to our collective childhoods. The only kind there is. Is it better than 6? Worse than 4? I don’t know, man. I should’ve learned to write code or something. Do my editors even read these pieces I send in anymore? Yesterday I complained about my food order at the drive through even though it was right. I just wanted the interaction to last a little longer.

Mega Man 4 sits in that sweet spot between familiarity and disruption, between our memories and the desire to step out of our comfort zones and challenge the monotony that is modern life. Mega Man 4 laughs in the face of predictability by introducing the Mega Buster, ensuring that most enemies you encounter can be easily dispatched using Mega Man’s standard arm cannon. No decisions, no thinking, just staring at the screen and being away from the problems of the flesh for those treasured three or four hours. Also features Drill Man.

I just realized I don’t even know what day it is.

A fantastic title. I spent a lot of time on this game when it came out in 2008. And now? I couldn’t tell you a single thing about it. But I remember the feeling it gave me. There’s entire years that’s not true for. Thus, top five.

This stone cold classic has some incredible levels, unforgettable bosses, and perhaps most importantly to the series, this is the first time we met Rush, Mega Man’s beloved dog! In addition to being a fan favorite character, the adorable robotic canine also gave Mega Man new abilities, such as a higher jump, opening up level design possibilities for the creators. I had a dog once.

Rough in parts, but the piss poor voice acting has brought me more joy than any well executed jump or successful trip through a boss gauntlet ever could. This PlayStation classic is good, but not as great as you remembered it. Don’t play it. Leave your memories alone.

This game is impossibly good. One of the most influential games of all time. Why does revisiting it elicit not one single emotion or feeling out of me? Maybe I did the bosses in the wrong order. Regardless, if you are looking for games that I played as a kid before my parents divorced, this one will be right up your alley. An undisputed classic with one of the all time great soundtracks (if you can hear it over all the yelling downstairs!).

Fuck it, five is the best. Yeah that’s right, five. Best ever. Come at me. Write me. Call me at home. Beat my fucking ass if you think I’m wrong. I have been doing nothing but playing Mega Man games for weeks and I would kill for the action. I won’t even fight back.