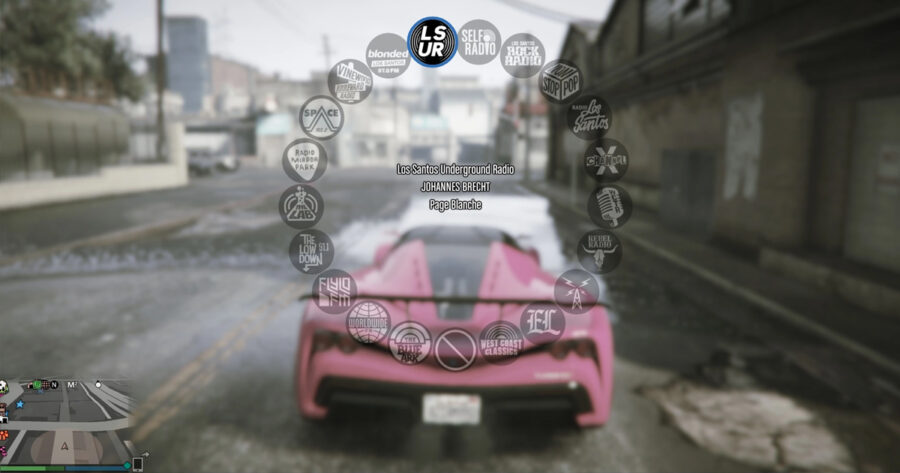 “We at MARS are very concerned that games like GTA 5 might give our children the idea that radio stations are run by humans instead of simple computer algorithms,” began MARS president Melissa Ng.

The organization’s newly-announced “Mute GTA” campaign immediately garnered support from thousands of parents around the country who fear the perennially popular Grand Theft Auto series might be misdirecting their children.

“The radio stations of San Andreas or Vice City are the work of passionate sound designers and music directors, not iHeartMedia, inc.” added Ng. “No modern radio station would ever have such a clear, cultivated quality. On most modern rock stations today, you are lucky if they have only one Papa Roach song in rotation. The folks at Rockstar are selling our kids a lie.”

“I’m glad the issue is finally coming up,” said August Masters, a mother of two from Fairbanks Alaska. “Last year I watched my son hiring a prostitute on his video game and I couldn’t believe it. I had to sit him down and tell him that if you’re gonna pay someone to have sex with you in your car while the radio is on, realistically there is a 90% chance something absolutely embarassing is going to start playing.”

Rockstar Games, the makers of GTA, released a short press release in response to the effort. “We hear and empathize with these parents’ concerns” it began. “But it is important to remember that games are not real life. We aren’t going to compromise the quality of our soundtracks to make them more realistic by adding O’reilly Auto Parts jingles every 2 minutes. Video games are meant to be an escape.”

“We wanted to imagine a simpler world where no one has Spotify on their bluetooth-enabled cell phone.”

But according to MARS, this is just the beginning. Said Ng, “If Rockstar doesn’t decrease the quality of their music. I’m worried my daughter is going to go to school and one of her classmates, after playing Grand Theft Auto, will…turn on the radio. If she hears one second of that Bob and Tom morning zoo crap I swear to God.”