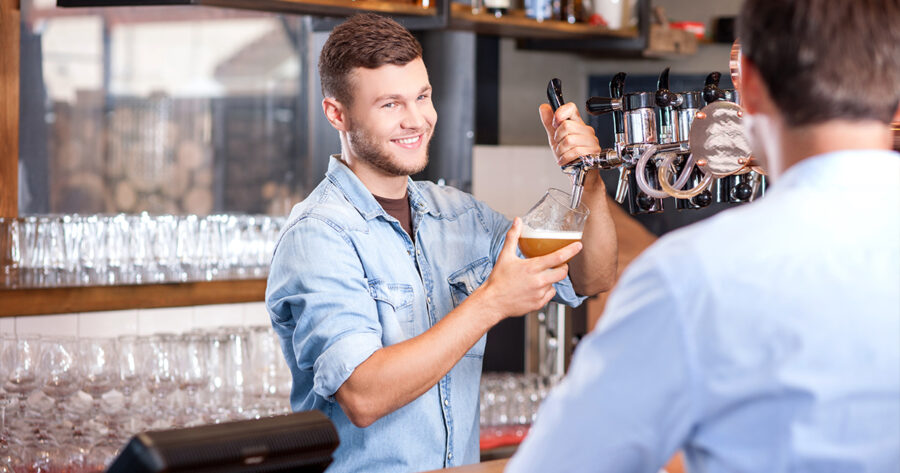 “You expect a bartender to have working knowledge of basic stuff, like job openings, unsolved murders, criminal organizations, political scandals, generational feuds between families, ghosts haunting the schoolhouse — all the cool shit, basically,” wrote Yelp reviewer Trish Finnegan. “But this guy couldn’t tell me diddly squat. I don’t understand why they even put him there.”

Other visitors were able to get information from Burke, but later complained that his leads took them to “dead ends” that were “totally devoid of loot.”

“I told the barkeep I’m looking for points of interest. Places where there’s a lot of coin changing hands, if you catch my drift,” said Cornelius Noir, a freelance assassin and thief who watched soccer at Fitzpatrick’s last Thursday. “He sent me to the mall. You believe that? What am I going to rob, Maggiano’s Little Italy?”

Burke, 23, requested patience while he learned the finer points of the job.

“I thought bartending would be mostly pouring drinks. Boy, was I wrong,” said Burke, who now dedicates all his free time to memorizing classified ads, watching streams of city council sessions, and developing a network of child spies who infiltrate every community and report their findings to Burke before his afternoon shift. “But I’m getting the hang of it, I swear.”

Further questions were cut short when Burke had to wipe a spot on the counter, which he does every 15 seconds, eight hours per day.