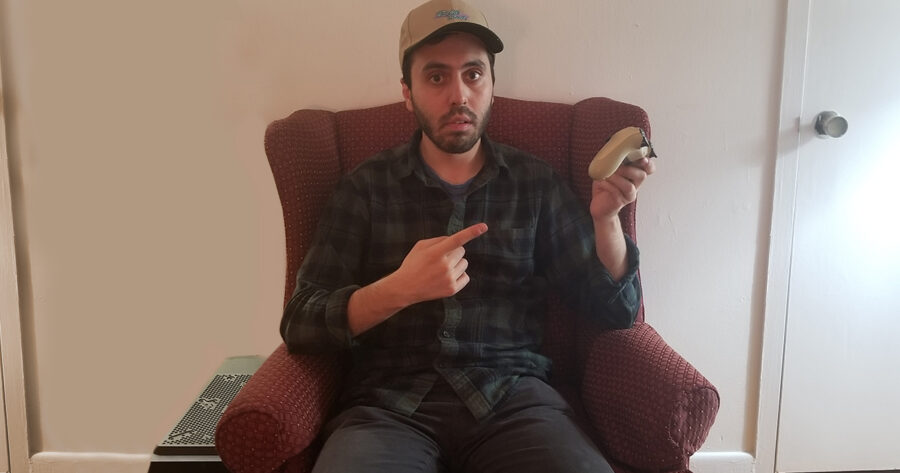 LODI, N.J. — After consistently failing the same mission over and over, local gamer Josh Chung declared that unintuitive controls were to blame for his struggles, and that it definitely wasn’t because he was eating shit and not being honest with himself about it.

“The button mapping makes absolutely no sense,” explained Chung instead of engaging in any introspection whatsoever about his abilities as a player. “And don’t get me started on the camera. This thing is unplayable.”

When pressed about problems with the camera, Chung cited an experience where he got killed by a horde of enemies because of a “wonky tracking problem” with the game and not because his sloth-like instincts weren’t good enough to turn the control stick in time.

His roommate, Isel Souknary, did not report a similar experience when she was getting used to the game’s controls.

“I took the reins for a bit and knocked out the quest he was stuck on without any issue,” said Souknary, who had never played the game before and picked it up almost instantly. “He chalked it up to beginner’s luck. I asked him, ‘how can it be beginner’s luck if the controls are unintuitive?’ And then he just mumbled about how ‘Square should never be jump’ or whatever.”

According to psychologist Dr. Samantha Curry, Chung’s challenge reflects a broader trend in the study of human agency among awful gamers.

“By placing the onus for his tribulations on the game’s control orientation, Mr. Chung is demonstrating an external locus of control—a belief that outside factors are predominantly responsible for his standing in the world,” Dr. Curry reasoned. “If he had an internal locus of control, he might have accepted by now that the reason he’s frustrated is because he sucks doo doo ass at the game and needs to keep grinding instead of whining about it like a little loser.”

At press time, Chung posted on the game’s subreddit to complain about the problem, but received no upvotes — a development he attributed to “Reddit’s weird algorithm.”