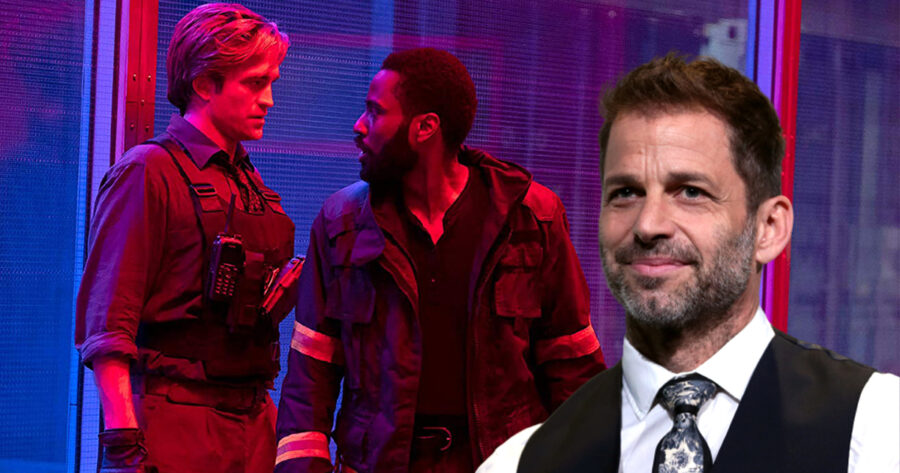 LOS ANGELES — Following the long awaited release of his highly anticipated extended cut of Justice League, a hubristic Zack Snyder has now released an extended cut of Tenet, last year’s Christopher Nolan film that Snyder had no involvement with.

“Really glad to finally get this out there, after those dicks at Warner Brothers, not to mention Chris, wouldn’t let me in the editing bay,” said Snyder in a video uploaded to HBO Max that precedes the new cut of the film. “With the wind at my back after this whole Justice League thing, I marched into HBO’s offices one day and said ‘Here it is, here’s the Snyder Cut of Tenet. Sit on this one and it all starts up again.’”

Snyder’s famously outspoken fans were surprised to learn of the previously unannounced version of the film, and eagerly await the film’s premiere later this week.

“I didn’t realize he had been working on a cut of Tenet, but if he was, hell yeah, I wanna see that fucker,” said Kyle Roth, a devoted fan of Snyder’s. “When I watched the movie the first time around, I was thinking, ‘they definitely could have made way more of this shit go backwards.’ I was sort of hoping Nolan would pull the trigger on that, but he’s too much of a ‘sensitive artist’ to make the movie as awesome as it could be. Man, I hope Snyder put Joker back in Tenet.”

Christopher Nolan, the celebrated filmmaker behind such hits as Inception, The Dark Knight, and Interstellar, was vocally concerned about how Snyder may have distorted his creative vision with his new version of Tenet.

“Bloody hell, tell me he kept it in a rectangular format at least,” said Nolan. “I’m worried about what that nut did to it. My films are designed to be at their most entertaining in front of as big of a screen as possible, exactly as I photographed them, and ideally with me loudly remarking upon the high caliber of filmmaking from the back of the theater over some kind of loudspeaker system. Now that’s cinema.”

Zack Snyder’s Tenet will premiere tomorrow on HBO Max and remain available on the platform for 21 days. As of press time, despite being involved in the project in no way, Joss Whedon has apologized for his actions during Tenet just to cover his ass.