Retrospective: We Look Back at ‘Super Mario 1D World’ 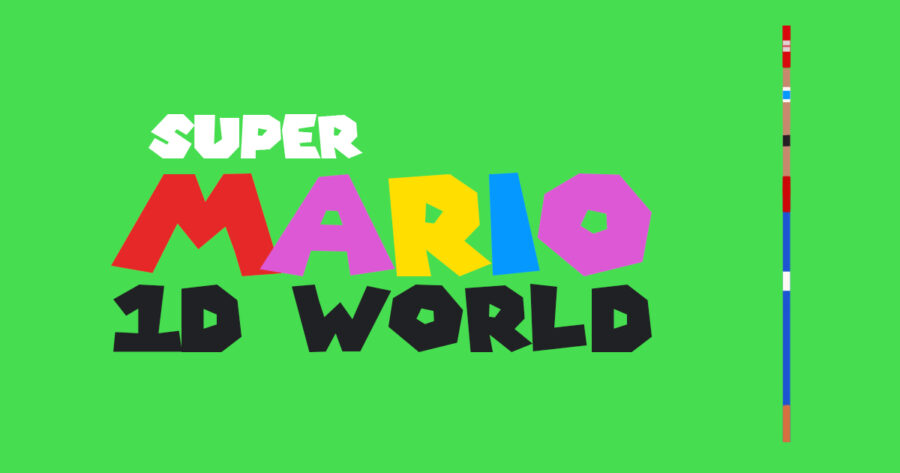 With the recent releases of Super Mario 3D All-Stars and Super Mario 3D World, gamers are reflecting on the long legacy of the Mario franchise. While there are many beloved titles from the past still fresh in the minds of gamers worldwide, a franchise this long-lasting is bound to have some titles that are overlooked and forgotten over time. That’s why today we’re spotlighting an all-too-forgotten Mario game that truly set the foundation for every game that came after it: We’re talking, of course, about the 1980 classic Super Mario 1D World.

As the first video game to feature Mario, predating even Donkey Kong, Super Mario 1D World truly wrote the book on how adventure games should look and feel in one dimension. Gamers were wowed by the single bright red line segment representing Mario on arcade screens and were delighted by the experience of moving him along a single one-dimensional plane. The game was a huge success, since every other game on the market at the time was just a blank screen.

After revisiting the game this weekend, I can confirm that they just don’t make ‘em like this anymore. I still have precious memories of getting out of school in the ‘80s, chowing down on Dunkaroos and Ecto Cooler, and then heading down to the arcade to stare at the red Mario line until my eyes became painfully sore. At the time, it was impossible to imagine video game graphics getting any better, but when Mario made the jump to 2D with Super Mario Bros. several years later, in my opinion, they jumped the shark. I mean, jumping? I guess so.

Oh, and a little tip for anyone who doubts the replayability of this retro masterpiece: after ten hours of playtime, you can unlock Luigi as a playable character! This marks the very first appearance of Mario’s mild-mannered brother. Sure, technically it just turns the line segment to a bright green, but it’s noteworthy as one of gaming’s first ever Easter Eggs.

Nowadays with everyone discussing ray tracing, monitor refresh rates, and frames per second, no one appreciates the classics anymore. Super Mario 1D World is no exception. I’m currently on my third playthrough of the game now, I think. While I can never truly know what’s happening in the game, I do know that I’m having priceless nostalgic fun.