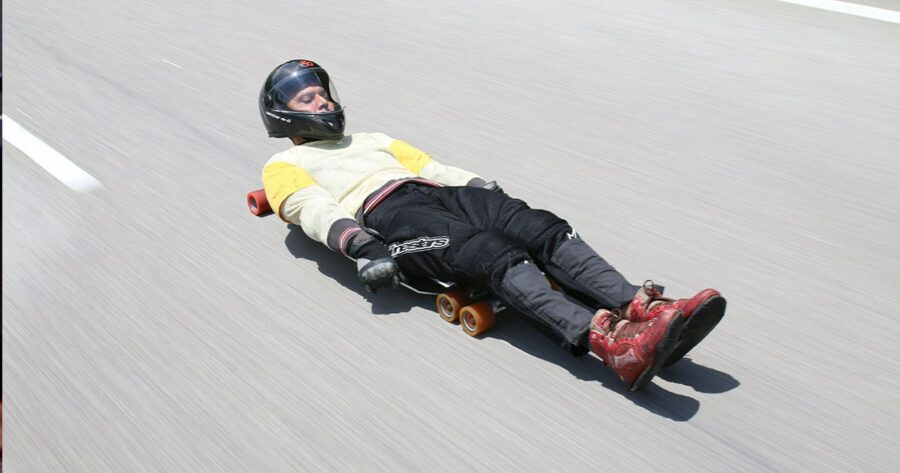 Doug Cavanaugh was reportedly surprised earlier today to find his name at number four on the worldwide street luge power rankings, having only picked up the bygone extreme sport as a hobby six months ago.

“Yeah, this guy I work with named Murphy had foot surgery and asked me if I wanted to hang onto his luge for a while,” said Cavanaugh. “I thought I’d try it. I remember the X-games video game on Playstation One, wasn’t there a street luge in that? Anyways, there’s this pretty cool hill a few blocks from my house that I’ve been riding it on a few times a week. It’s pretty fun, I guess. Sort of like sledding.”

Eventually growing tired of hurting his palms on the street, Cavanaugh got online to look for some gloves to purchase. After poking around the search results, he found the most recent rankings released by the American Association of Street Lugers (AASL). He was ranked fourth.

“It has been a banner year for street luge,” said Madeline Connors, head of the AASL. “Even though we lost Cameron Murphy, the world’s top luger, in that hay bail collapse, there were so many positives in 2016. Between Doug Cavanaugh bursting onto the scene with his fresh style and the first ever appearance of a dog on our top ten list, we can’t wait to see what this next year holds!”

While Connors and everyone else at the AASL welcomed Cavanaugh’s presence in the desolate subculture, he has not been welcomed by all of his competitors.

“That guy is a fuckin’ poser,” said Mike Potts, the #2 ranked street luger on the AASL’s list. “He wants to just show up and not pay his dues. Fuck that dude. I live for this shit, I bleed for this shit, I quit my job at Spencer’s Gifts for this shit. I could luge him off the road. He better hope the AASL never figures out how to get most of the people on that list to return their calls. I’d show that motherfucker what time it is!”