Um, Actually Liberty City Has Some of the Strictest Gun Laws in the Country 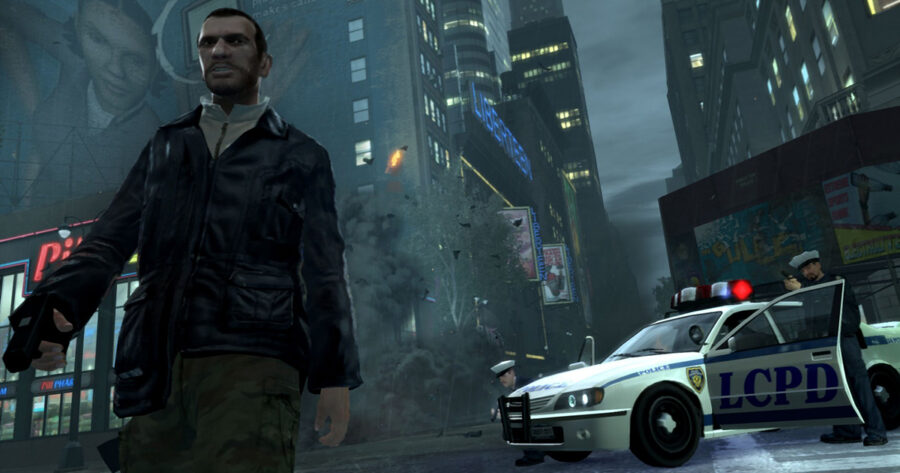 Hey everybody, we don’t like to get serious around here, but after the latest tragedy in Liberty City, I’d just like to remind you that they actually have some of the strictest laws about gun ownership in the country, so maybe you’re not making the point you think you are when you say we need to outlaw bazookas and hand grenades from all Ammu-Nation stores across the city. I just wanted to point that out.

I’m sorry to politicize such a recent tragedy, really I am, but I have to speak up after seeing so many braindead media outlets have the same response to yesterday’s horrific incident, which saw a rogue man in a stolen police van open fire on the city at large for several hours; that it was time to ban the grenade launchers, chain guns, and several other things that he used to perpetrate his crimewave.

Well, you idiots, did you know those were already illegal for citizens to own in Liberty City? Now what? Should we outlaw bad weather and hope we never have a storm again? Laws aren’t the answer, that’s my point. There are plenty of laws on the books about detonating explosives without the proper permits. Plenty! Did our criminal (who received a free stay at the local hospital by the way — THANK YOU TAXPAYERS) stop and check the laws before he blew up all those cars in the street? So why punish the law abiding munitions hobbyists in town? Because of one local terrorist? You’re joking me. More like Dictatorship City.

Instituting these new proposed restrictions on buying a whole box of grenades will punish only one group of people; people who are in a really big hurry and also need to get grenades. I don’t think punishing people that just got invited on a last minute hunting trip or are maybe trying to play a really good practical joke is the best response to yesterday’s attack. The two things are simply unrelated.

So just to be clear, laws aren’t the answer, clearly. It’s not a problem with the laws in Liberty City, it’s the mental health of Liberty City. Have you walked around lately? Almost everyone you encounter has a snide remark to make under their breath just as they walk by. It’s uncanny. You can’t outlaw everyone just being on edge all the time, you know? You just can’t. I don’t know the answers, I really don’t. But I know archaic rules about owning and operating military grade weaponry won’t work; they already aren’t.