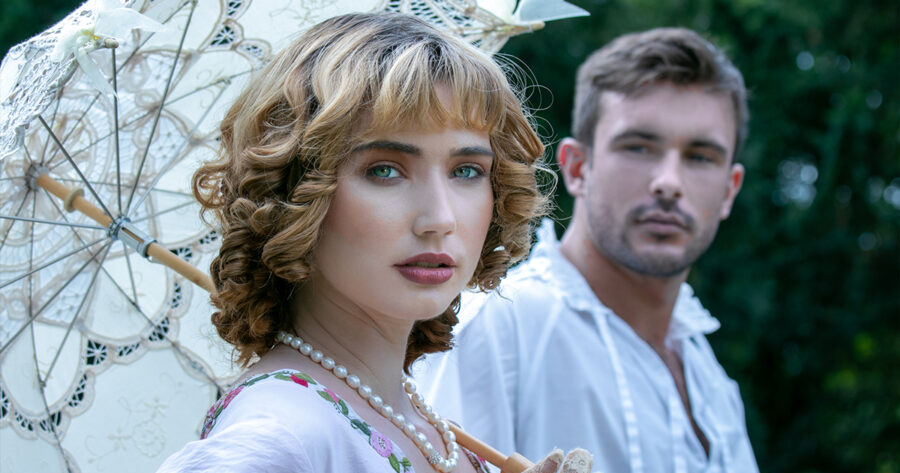 “I was like OMG,” reported superfan Stanley Trout, the mod of r/DukesMansion. “When the countess coughed, I felt my legs go weak. She’s been such a rock throughout the show, so to see her practically announce that she’s on her deathbed was heartbreaking.”

Countess Van Smoot’s possible fate harkens back to last season’s hype around the death of Johnny van Smoot. That character died in the First World War after declaring that he had a sweetheart back home he was going to marry when the war was over.

“With Johnny’s death, we knew we had to up the ante,” said Victor Teller, showrunner of The Duke’s Mansion. “We knew it was time to bring out the big guns and have fan favorite Allegra Van Smoot do a tiny cough to end the midseason on a huge cliffhanger.”

Sally Balloon, the actress who plays Allegra, has been in the role since she was a teenager and feels that now is the perfect time to move on.

“I’ve been on the show for fifteen years,” said Balloon in a recent interview with Period Drama Monthly. “I’ve been married, widowed, lost a child in childbirth, survived the sinking of the Titanic, hosted a dinner party for the King. There’s not really much more for me to do in the Mansion. Also, I recently got cast as a Marvel superhero so that’s probably going to take up a lot of my time going forward.”

While the show won’t be back on the air until the spring, fans have been trying to avoid recent leaks on Reddit that reveal that Aleggra’s cough is just the first stage of Balloon’s final run of episodes that will conclude with her being hit by a car.