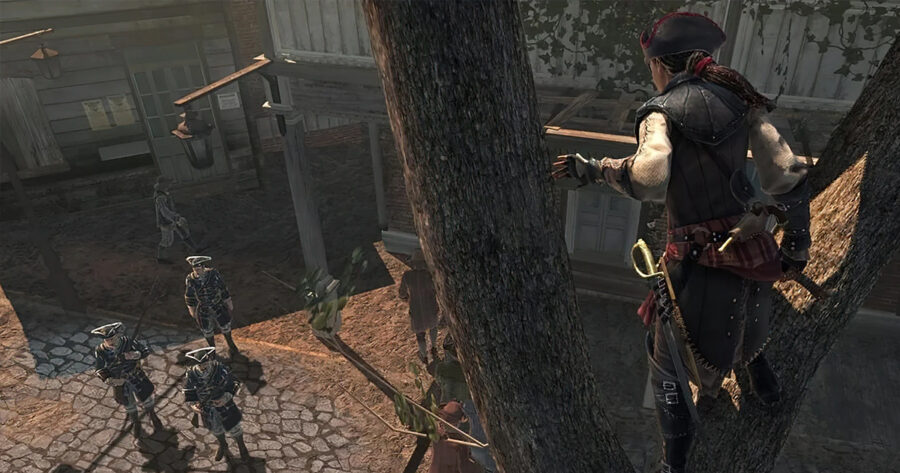 “Wow, you really gotta hand it to them,” said Jessica Bloom, a gamer that discovered earlier today that her copy of Assassin’s Creed Liberation would no longer be accessible on Steam after September 1st. “If it isn’t a vile abusive culture that led to a mass exodus of employees over the last two years, it’s delisting games that people have paid for with the assumption they wouldn’t arbitrarily disappear one day. Their commitment to souring the joy we collectively get from video games is almost admirable in a way, you know? Like, it will be studied one day. Those fuckin’ pricks.”

Representatives from Ubisoft defended their decision, which wasn’t so much announced as it was discovered and shared amongst concerned gamers.

“Oh, you guys saw that?” asked Mike Schlutsky, an executive with Ubisoft. “Yeah, well the thing about that is we have to remove the servers for all of these old games to make room for, well, and I’m afraid this is the part that is going to get rather boring and technical, but the space required for storing games in the modern era dictates that—”

“Oh shit, what was that? I gotta go climb that wall,” he said unconvincingly, pointing behind gathered reporters, before running away into traffic.

The story is just the latest to prove abysmal to Ubisoft’s reputation, following years of damning reports about the internal culture at the gaming giant. Some, however, have defended the company’s actions.

“Locking people out of games for no apparent reason makes a lot of sense to me,” said Charles Simmons, a fan of Assassin’s Creed Liberation that was okay with losing the ability to play it soon. “I mean, I paid for the game and enjoyed it for a while, why should I get to keep it forever? Oh, that reminds me, the furniture in here is ten years old, do you think you could help me drag this couch out to my fire pit? I am really grateful that the furniture industry allowed me access to it for a decade. I should give them more of my money now.”

As of press time, Mike Schlutsky was still at large, and was reportedly last seen loudly berating a woman in the street.