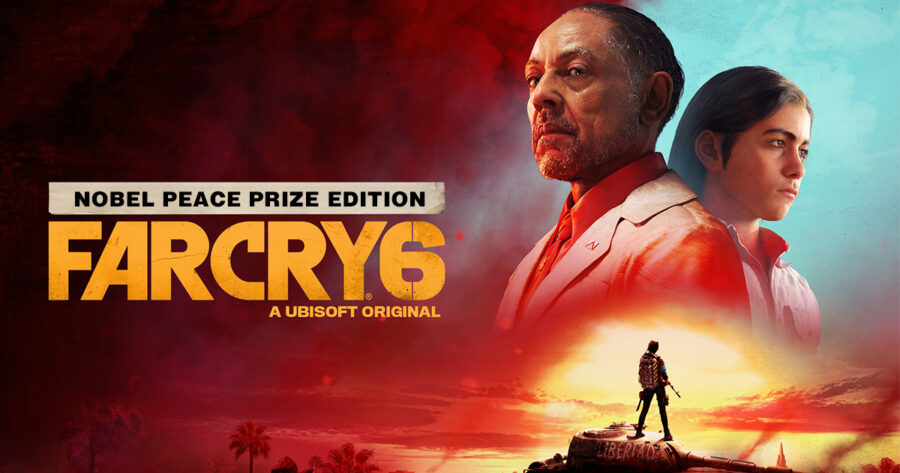 SAN FRANCISCO — Ubisoft announced a Nobel Peace Prize edition of Far Cry 6 that will be releasing soon, despite the title having no tangible connection to the prestigious annual award, sources have confirmed.

“Yes, it’s true, Far Cry 6 did not win a Nobel Peace Prize, thank you for asking,” said Ubisoft CEO Yves Guillemot. “But if you pay close attention to the marketing, we’re not saying our game received a Nobel Peace Prize. No, not at all. We just think the Nobel Peace Prize is neat, and we wanted a way to honor everyone that’s ever won one when we re-released last year’s Far Cry 6.”

“Which many people said was the best game of the year,” he added. “Honestly. Seriously. For real.”

Many involved with the awarding of the annual Nobel Prizes objected to what they felt was Ubisoft’s attempt at insinuating their game was a recipient of the distinguished award.

“I really wish they wouldn’t be hinting that their game won one of our prizes last year,“ said Berit Reiss-Andersen, chairperson of the Norwegian Nobel Committee, the five person team tasked with selecting each year’s Nobel recipients. “If I’m being honest with you, they weren’t even nominated! No, I’m afraid this is just Ubisoft continuing to treat the gaming public at large with the least possible amount of respect. Did you know the ‘Nobel Prize Edition,’ is $150 and includes DLC that hasn’t even been completed yet? I’m ashamed to have our name attached to this in any way, frankly.”

Many gamers, however, felt that a Nobel Prize for the game wouldn’t be as undeserved as Reiss-Anderen thought.

“Hey, if they’re allowed to release a ‘Game of the Year,’ edition of Far Cry 6, then what’s the difference,” asked Roger Greene, a local gamer. “The Nobel Peace Prize might be more likely, actually. Far Cry 6 was a predictable open world slog, but as a company they’ve really brought gamers some unity in the sense that one of the only things that we can all agree on is ‘Fuck Ubisoft,’ ya know? We all certainly banded together to not give a fuck about Far Cry 6, I’ll tell you that much.”

As of press time, Paramount had released a debut trailer for their upcoming re-release Space Jam: A New Legacy: Best Picture Edition.