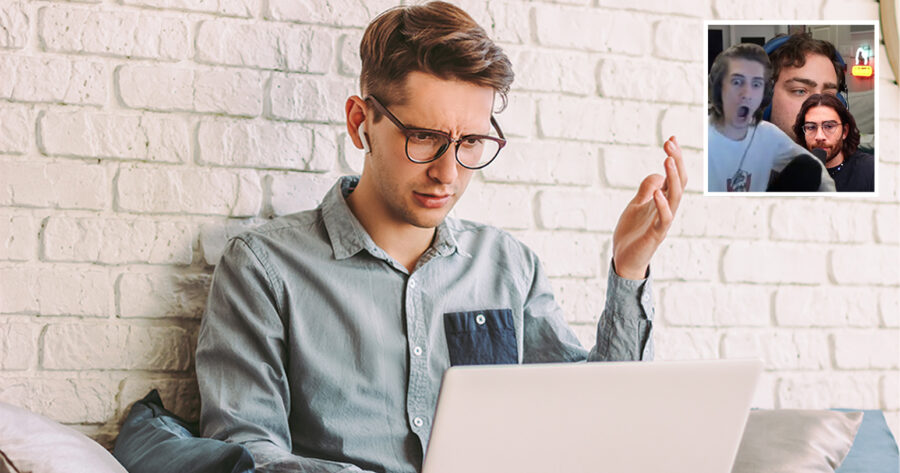 “It just seemed a little all over the place,” said Howard, straining to watch the recording of Mizkif’s stream embedded within Hasan’s stream embedded within xQc’s stream. “Mizkif mentioned something about his lawyers saying something which was cut off by Hasan saying something about content demons which was cut off by xQc saying he was just watching his best friend stream. Mizkif’s stream could’ve been much more organized, in my opinion.”

Howard reportedly tried messing with his volume controls to try and amplify Mizkif’s audio without amplifying xQc’s or Hasan’s, to no avail.

“Someone started playing Mario at one point and I couldn’t tell whose screen it was on,” he said. “They make these streams hard enough to follow in the first place without all this extra stuff. Then someone gifted like a thousand subs on one of the channels — no idea which — and alerts started going off like crazy. It’s so hard to keep up with social media discourse these days. You know it’s confusing when even a juicer like me can’t follow along.”

Despite difficulties, Howard remains vigilant that streaming is the best way to consume information.

“I’ve actually had an idea for a type of stream where it’s just one piece of content playing the whole time and you just watch it,” he explained. “There’s no other video stream along with it; it’s just the content by itself. I know that sounds pretty boring, and even I wonder who the hell would want to watch that, but maybe it’s worth trying. Until then, though, they should dial these streams back just a little bit.”

At press time, Howard was still attempting to clear up his confusion by watching a YouTube react of Moist Cr1TiKaL’s summary of Mizkif’s Twitch apology.