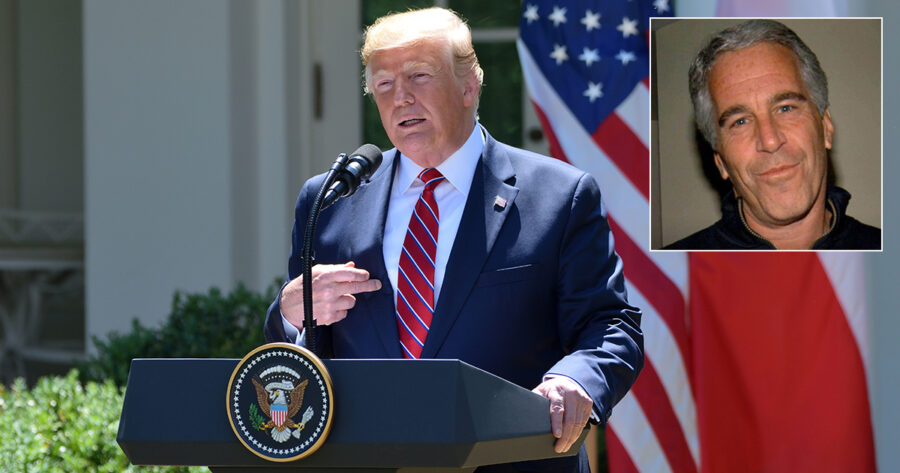 “Look, nobody’s perfect, but Jeff was a phenomenal guy. I, of course, never met him once, I never even spoke to him or looked at him… but had I met him, and I never did, I would say he was a great man. A really really smart guy. Harvard graduate!” Trump said at a press briefing this morning. “Jeffrey was the kind of guy who would always help you move. He was young at heart. He always had the best stories at parties. ”

The announcement was met with intense backlash, as many feel Epstein’s actions to be disgusting and tasteless beyond redemption.

“It is unforgivable that the president has chosen to use his final day to honor a monster,” Senator Chuck Schumer said in response. “When the Senate reconvenes, I will be taking firm action in declaring this as an official No Bueno. Of course, that’s assuming we can get our Republican colleagues to agree and vote on it.”

Despite this, some Democrats have insisted that the pardon is simply part of the president’s duties and that he should have full control over who he wants to give them to.

“I think that Trump represented a great evil and that we need to begin working towards healing our nation, but the only way to do that is by admitting when he has done something that isn’t so bad,” said former Secretary of State Hillary Clinton in a web video, her husband Bill Clinton awkwardly walking around behind her as if looking for a place to sit. “There’s a lot of bad things you can say about Jeffrey Epstein, but there’s also a lot of good. He was a terrific wedding guest, for example. Very few people know that side of him, but I do, because we attended several together.”

At press time, Trump revealed that he had pardoned Epstein, in part, to relieve himself of some guilt that he felt about Epstein’s suicide. “I know it’s not true,” he reportedly said to Vice President Mike Pence, “but sometimes I feel like I killed Jeffrey Epstein.”