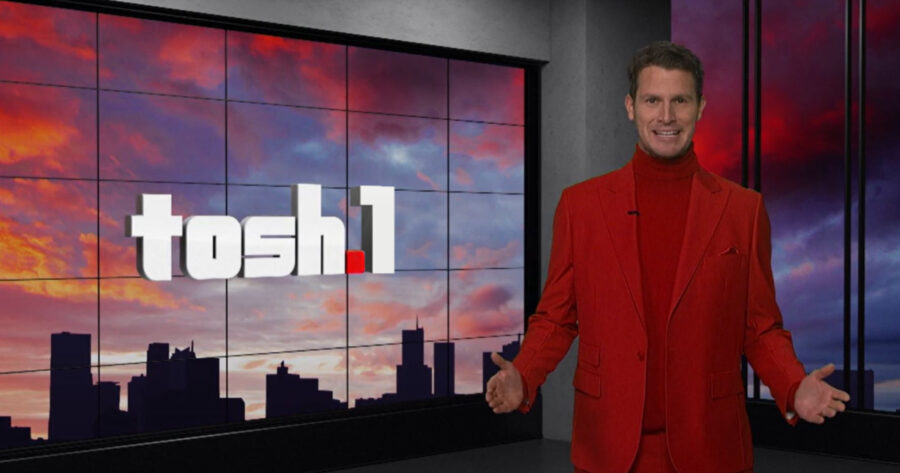 CULVER CITY, Calif. — Comedy Central announced in a press release this morning that their longrunning online video roundup show, Tosh.0, had finally been patched to Tosh.1, the first major update to the series in its 12-season run.

“We’re excited for our viewers to tune in and get to know all of the new features we’ve introduced in Tosh.1,” said David Fitz, Chief Technical Officer at Comedy Central Labs, the Viacom-funded startup responsible for developing Tosh.0. “The original build of the show will have a special place in our hearts for years to come, but with this new update comes dozens of quality-of-life improvements to help optimize the show on modern hardware and high-resolution TVs.”

The patch notes for the release note several bugs that have been fixed, including framerate enhancements and native 4K support. Gamers, who make up the majority of the show’s audience, have been positive about the news.

“I love Tosh, but his re-runs are basically unplayable on my PS4 Pro,” said user ExplodingPenguin on Reddit. “Maybe I’ll redownload the Comedy Central app and give Tosh.1 another go when the new season drops. But I’m gonna hold onto my old physical Tosh.0 DVDs because those are still playable on my PS2. I guess I’m kind of retro like that.”

At press time, several hours after the patch’s launch, fans were disappointed after observing that the new update also increases the number of ad breaks in each episode.