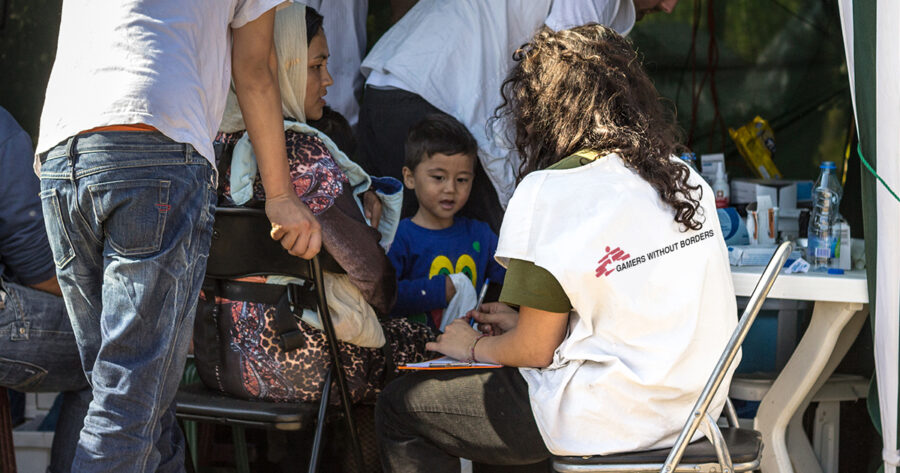 NASHVILLE — Humanitarian program Gamers Without Borders generously provided much-needed relief to a new group of refugees in the form of 5,000 fightstick arcade controllers for fighting games.

“It’s so important to us that these underprivileged people are able to pull off the same combos as anyone else in this country,” said GWB President Dustin Garcia. “With the terrors they’ve undeniably gone through, our group wanted to make sure that none of them had to endure the indignity of being eliminated at EVO or God forbid losing to some button masher online. I shudder to think of a poor family that can’t even afford an octogate controller and has to play Street Fighter with—I’m sorry, I promised myself I wouldn’t cry—the D-Pad.”

One of the refugees, Fabian Donaldson, expressed what these arcade controllers mean to him and his people.

“We are so thankful for this life-changing donation,” Donaldson said. “While we don’t have a reliable source of food, water, or shelter, these fightsticks have made it so we are able to absolutely rinse people in Mortal Kombat, Tekken, and any fighting game you can imagine, which is all we really wanted: a sense of humanity.

Secretary General of the United Nations Antonio Guterres said the generous donation would do healing wonders on a geo-political scale.

“It warms my heart to see a group that truly wants to do a good thing in the world,” Guterres said. “We want to promote charity and welfare worldwide, and this is a great start.  Life has frame-trapped these poor people, wailing on them with seemingly endless chip damage and hit stuns, but these heavyset arcade cabinet controllers can provide them the I-Frames to eventually execute a perfect wakeup into their new worlds.”

At press time, refugees promised that they would commit themselves to doing what they can to help gamers, who they cited as being “the most oppressed minority of them all.”