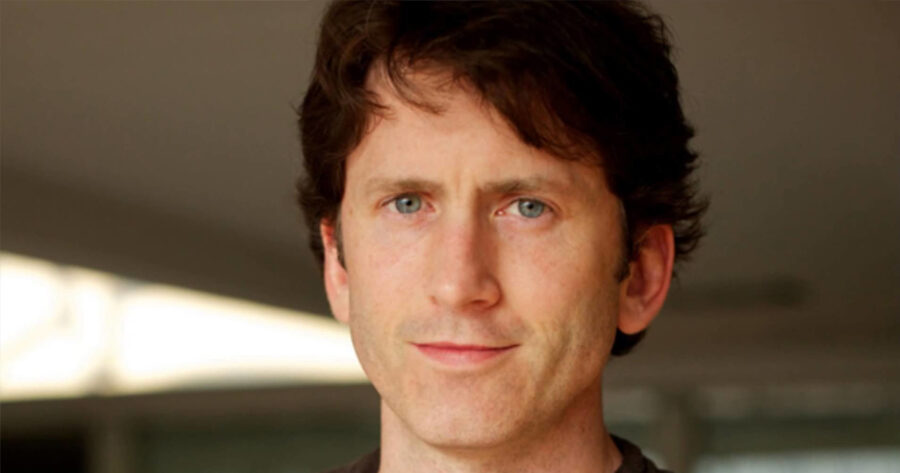 ROCKVILLE, Md. — At a press conference held earlier today, Bethesda director Todd Howard was relieved to announce that the highly anticipated Elder Scrolls VI would be delayed due to “Corona-18 or whatever.”

“We’ve decided to put the game on indefinite hiatus because of the covid thing that’s going on,” Howard said, trying not to sound elated. “We cannot in good conscience continue developing the game while this, what was it again, virus continues to affect our country.”

According to Bethesda concept artist Rebecca Nadir, Howard’s decision came suddenly one day while the Elder Scrolls team was holding a Zoom meeting.

“Todd actually joined the call during our daily brainstorming session, where we were trying to figure out an actual title [for Elder Scrolls VI],” Nadir recalled. “I don’t even think he was aware that we’d be doing these calls for weeks, but he came in all like, ‘Guys, this beer virus sounds like bad news. We should consider postponing the game for a few years or something.’”

During the press conference, Todd continued trying to sound upset while clearly fighting back laughter as he discussed the nature of the delay.

“It is very unfortunate that this incident has begun to occur as we were knee-deep in development, just really working hard trying to get the game to you as quickly as we possibly can,” Howard said, struggling to maintain a straight face. “But we will keep our loyal fans posted and resume development as soon as every roll of toilet paper is disinfected or something.”

At press time, several sources claimed to have seen Howard pumping his fist as he returned home. He was later reportedly seen writing “Skyrim DS???” in a pocket notebook.