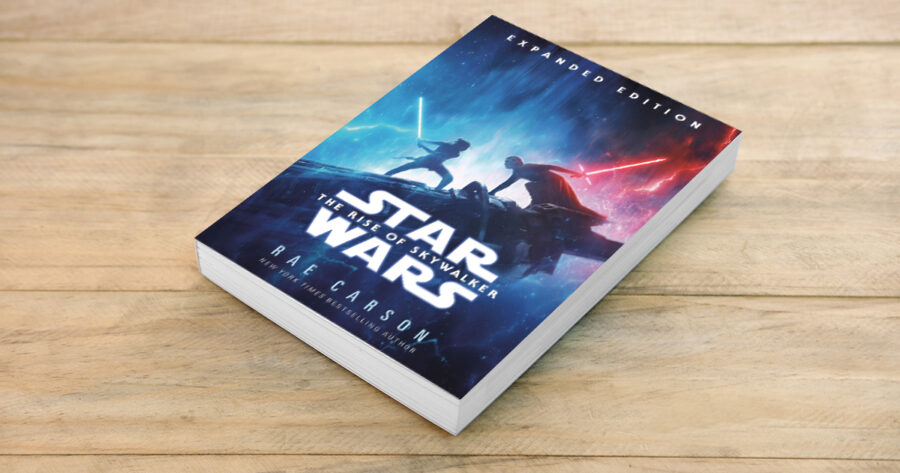 LOS ANGELES — While the ninth and final episode of the “Skywalker Saga” films left many unanswered questions, the novelization of last year’s Star Wars Episode IX: The Rise of Skywalker takes the story into much greater detail than is possible onscreen, leaving no doubt whatsoever that your life has been a paper monument erected to a deep and vacuous pit of superficial consumerism barely masked as storytelling.

According to an excerpt from Chapter 12, titled ‘You Really Thought Someone Planned This Out Ahead of Time? You Sad, Stupid Prick,’ we learn that Rey is driven to find her parents’ identity not because they are notable Force users, but rather because all of it is a fucking meaningless jerk off session with no hope for release.

The despair Rey felt at Kylo’s stinging words was matched only by the sting you’re feeling right now, as you realize all those plastic toys and collectibles you spent hundreds, perhaps thousands of dollars amassing, represent a vast, nearly infinite plane of inky black meaninglessness. As sad as it is, the hollowness deep inside the pit of your tortured soul has always been held in check by a pathetic belief there would someday be a satisfying end to it all.

Now you are faced with a horror not unlike Boba Fett experienced in the belly of the Sarlacc, or would have experienced if Disney hadn’t decided “Oh right, all that shit people spent decades creating is no longer even part of the overarching story because as dumb as a lot of it was, we can fuck it up much worse and still make a billion dollars off you stupid cunts.”

How was that not your first fucking clue, you sad fucking piece of shit? Now the only satisfying end would come from the barrel of a pistol pressed to your sweaty temple, if not for your overwhelming cowardice. Maybe you can wipe away your tears with the pages of your useless Heir to the Empire paperback, you stupid, stupid child.

The movie largely glossed over how tying so much of your identity to a popular film franchise with a handful of good movies was a massive mistake. For example, the scene where Palpatine and his fleet are first introduced serves as a subtle clue to the enormity of your life’s shallowness, but the book goes much more in depth.

Rey looked into the milky, cold eyes of Palpatine himself. ‘How could this be?’ she wondered aloud.

“Don’t you see, my darling?” Palpatine asked, with a sneer. “None of this matters! We knew as soon as we saw people zealously defending the prequels against legitimate, objectively measurable criticism that we didn’t have to put in any creative effort into this franchise whatsoever!“

“You’d still throw money at us and buy a Darth Maul drink topper at Taco Bell for $3!” he cackled.

Rey stood there, frozen in disbelief. Was this… creature… right? Had she made excuses for flawed filmmaking just so she could feel like she belonged to something, anything at all?

“Search your feelings,“ Palpatine said. “You know it to be true.”

The novelization is on shelves now, with a film adaptation heavily rumored.