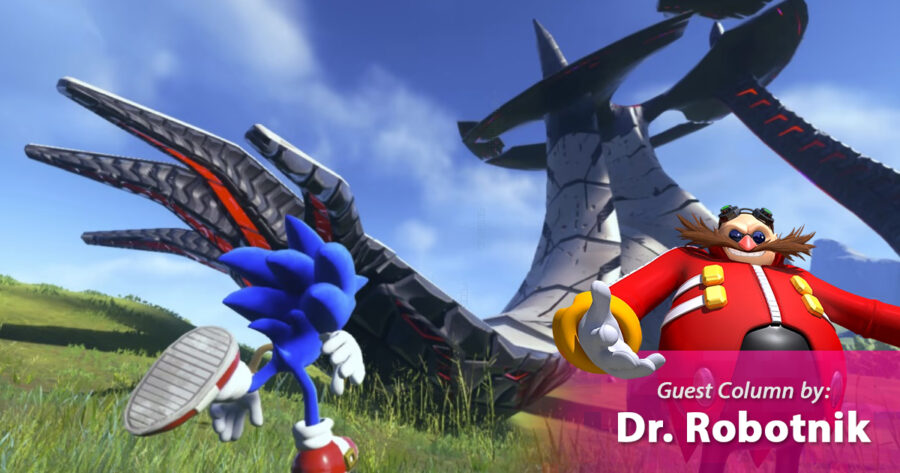 Greetings, simple-minded people of Earth! It is I, the brilliant Dr. Robotnik. I am here to address a much-debated issue facing our modern world with an ingenious solution of my own design. Let’s face it: our Green Hill Zones cannot stay green forever. Climate change is a harsh reality that we must address immediately, and we are already feeling the backlash of our inaction. The only way for us to truly save the precious animals whose ecosystems we have ravaged so thoroughly since the industrial revolution is to house them in the power cores of my killer* robots.

Hundreds of species are disappearing before our eyes every year that passes. If we want to preserve these species for future generations, we have no choice but to cram them into the crowded, hydraulic cores of the robots I have built to take over what’s left of our crumbling world. Conservation is always an uphill battle, but constructing thousands of murderous, mechanized killing machines patrolling the environment is something that I have totally perfected in the meantime, and now, it’s the only card we have left to play.

Now, I am aware of your concerns, and do not worry: the killer robots will still look vaguely like animals. I’m not just cramming rabbits and birds into any old boxy, awkward robots I have at my disposal. No, instead, I will very reasonably put crabs inside of the computerized crabs and bees inside of the mechanical bees, effectively making our plains and coastlines look just as populated as they once were while protecting the valuable creatures inside with defense mechanisms that can only be breached if someone were to, say, jump on the robot’s head, which is incredibly unlikely.

Whether you agree with me or not, the sad fact of the matter is that new extinctions are happening practically every day. As I speak, we only have one surviving echidna left, whose home world of Angel Island we have colonized and paved over. We must preserve this remaining echidna as best we can and make sure he has a comfortable life, so I’ve taken it upon myself to take him in, give him food, and pay him to kill** another animal who keeps trying to free the other animals inside of my robots. You would do the same in my position, it’s the only option we have left!

*Do I mean this as in they murder things? Or do I mean it in the slang way, like, oh these robots are killer! That’s for you to decide, reader.

**OK the jig is up, the robots kill things.