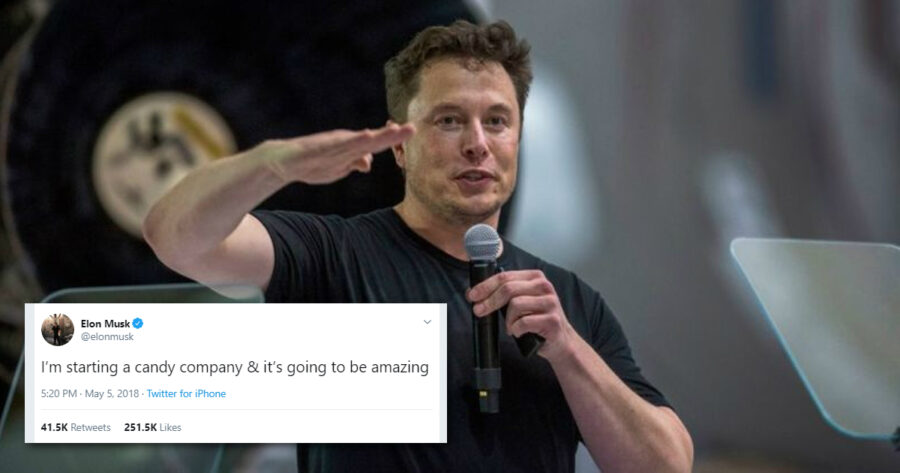 PALO ALTO, Calif. — A letter to Tesla CEO Elon Musk from the rest of the company’s Board of Directors was leaked to the media on Tuesday, revealing that the executives requested that Musk “please stop whatever ridiculous nonsense [he was] about to do next and just open up a goddamn whimsical chocolate factory already.”

“It’s hard to turn a profit when our CEO is always starting ill-considered business ventures like a boutique flamethrower business, or costing us $20 million in SEC fines,” the letter read in part. “We’re begging you, Elon, just buy the purple suit, hire a bunch of mysterious orange humanoid creatures, and get the whole thing over with.”

When a Tesla Board member, who wished to remain anonymous, was asked why the letter specifically suggested a chocolate factory, they explained that it would keep Musk occupied.

“Ideally, we wanted Mr. Musk to throw the full force of his eccentricity and desperate need to be liked behind something where he will be able to do very little damage,” the anonymous source explained. “We pitched a few other ideas among ourselves, like opening up a food truck, becoming a guru, or starting a documentary series where he tries to figure out who Banksy is. But at the end of the day, he’s just a wacky guy, and being a chocolatier seems to really fit him.”

At its conclusion, the letter described an idealized life for the CEO, hidden away in a mysterious compound where he could be adored from afar.

“Wonka locked himself in his factory, made a fortune selling candy, and didn’t re-enter the public eye until it was time to choose his successor from a pool of random children who won a contest. Everyone loved him for it! Plus, you already own a top hat!”

Another source within the company claimed that Musk has already taken the letter to heart, and has diverted a team of scientists to develop a new type of bubblegum.

“There have only been five injuries in the bubblegum project so far. Elon hates the color yellow, so his chocolate factory has no safety precautions,” said the source. “But the burns are only first-degree, so we’re considering it a modest improvement.”