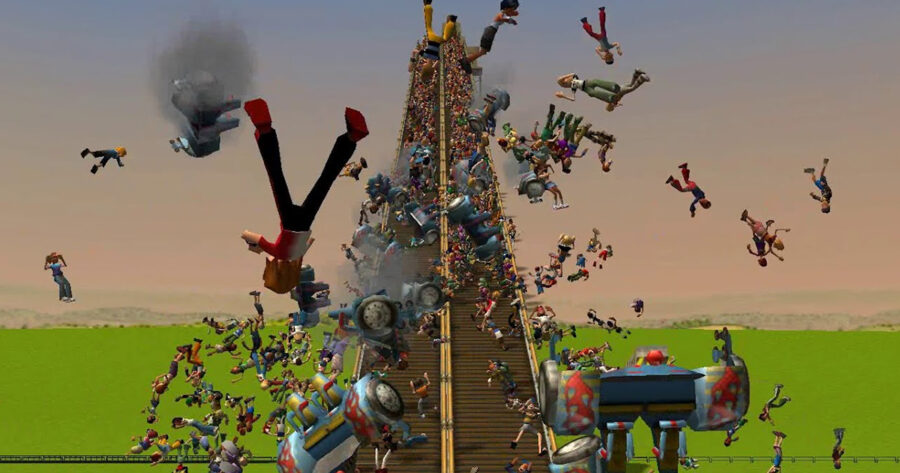 BOISE, Idaho — Troubled sophomore Blaise Porter’s plans for mass vengeance have been slowly dashed by the tough business realities of building a roller coaster, according to sources at Central High School.

“The people in my life have pushed me too far,” said Porter. “I had to do something about it. I was playing this game called Roller Coaster Tycoon on my step-dad’s old computer and that’s when I got my plan: The Killcoaster. I started fundraising the next day.”

“I know Blaise was up to something,” said fellow sophomore Kyle Rogers. “I said ‘hi’ to him in the hallway and he stopped and said ‘You’ve always been cool to me. Here’s a little tip, don’t ride the Killcoaster on opening day.’ I have no idea what he meant by that.”

But reality soon slowed Porter’s plans. After a Kickstarter campaign failed to bring in any money despite offering a “promotional Killcoaster duster” reward tier, he turned to more traditional funding means.

“I thought these things were a lot cheaper,” said the teen. “Apparently it’s at least a million and that’s for just a Steel Mini Coaster, much less a Steeplechase or Virginia Reel. Adding a powered launch costs way more, even if the track ends 100 feet away. The bank said I had to have a business plan in order to get a loan. I told them my plan was ‘to show them all,’ but they said that wasn’t good enough.”

“I do not have any data to back this up,” he added.

Despite his strong desires to make video game mayhem a reality, the would-be ride operator has begun reevaluating his options.

Said a defeated Porter, “If I really want to pull this off, it sounds like I’ll have to go to college, get into the highly-cliquish amusement engineering industry, climb the ladder, build business connections… Honestly it might be easier to just see a therapist.”