Supreme Court Restricts Abortion to Anyone Who Can Complete ‘The Gauntlet’ 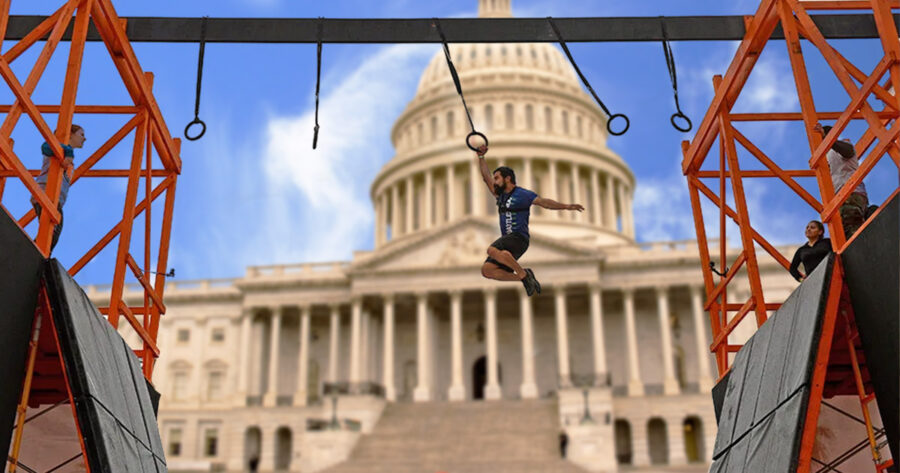 Facebook0Twitter0Reddit0
X
BY Camden Brazile ON May 5, 2022

WASHINGTON — In a shocking unanimous decision today, the Supreme Court of the United States voted to permanently restrict abortion to any brave soul that could complete their ‘Death Gauntlet’ obstacle course.

“If women want to have their necessary healthcare, they are going to have to earn it in The Gauntlet, just as our Founding Fathers would have wanted it,” Justice Samuel Alito said while lighting a ceremonial torch. “First, they must pass through the Spiked Walls of Kavanaugh, on through the perilous snake pit, defeat the Eagle of Truth, and then choose to either row or wade through the fabled waters of fetus’ past.”

The unprecedented decision has caused upset among American women, despite the fact that the SCOTUS has the right to create any gladiatorial death competitions for legislature according to the Constitution.

“I don’t believe the Supreme Court should be choosing what women do with their bodies, especially if what they do is race against the clock in a medieval death run,” said women’s rights advocate Megan Mueller. “By invoking The Gauntlet, they aren’t really preventing abortions, just ensuring that women will travel to unsafe, back-alley obstacle courses in Mexico or Canada. Our lawmakers always used to make us jump through hoops to get medical treatments, but now the hoops are literal and on fire.”

At press time, sources noted that despite The Gauntlet’s murderous obstacles, it was still far easier than getting any form of healthcare in Texas.