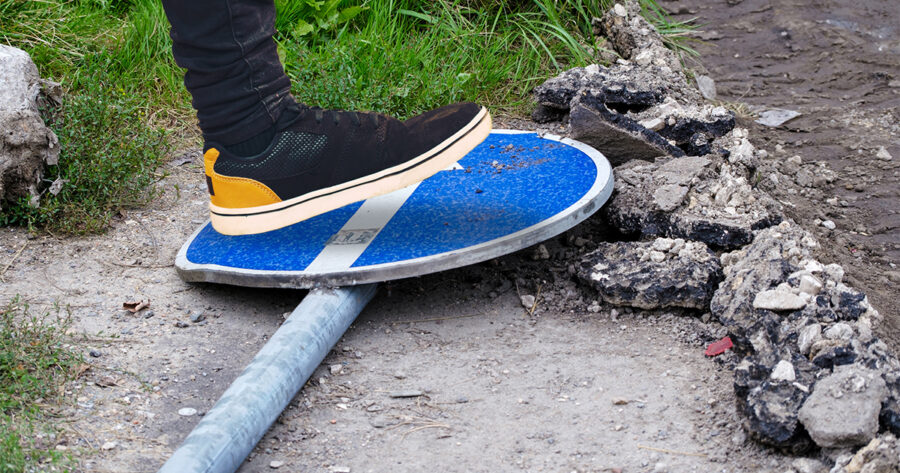 NEW YORK — A directional street sign that had fallen to the ground was spotted and absolutely trampled by a local Dance Dance Revolution enthusiast, sources have confirmed.

“Yeah, that dude went fucking apeshit on that arrow on the ground,” said Renee Barrett, a bystander that witnessed the incident. “I’ve never quite seen anything like it. It looked like he was just minding his business, and then when he saw that sign he dropped all of his shit on the ground like it was some kind of instinct and he just started stomping on it in some of the weirdest ways I’ve ever seen somebody stomp on anything.”

Other onlookers identified the man’s peculiar style of trample dancing as that of an avid Dance Dance Revolution player.

“Oh yeah, I’d recognize that unmistakable style of flailing anywhere, that’s one of those DDR guys,” said Albert Day, a local citizen that was passing by. “My brother got into that shit pretty heavy in college. My parents were really worried for a while until I told them it was relatively harmless. They believed me until he shattered his ankle, too. Anyway, I think that guy’s playing it wrong. I mean, there’s not even music or anything. He’s sort of just jumping up and down on that arrow on the ground, as far as I can tell.”

As of press time, the guy trampling the street sign had apparently called a few of his DDR friends and they were taking turns stomping on the street sign.