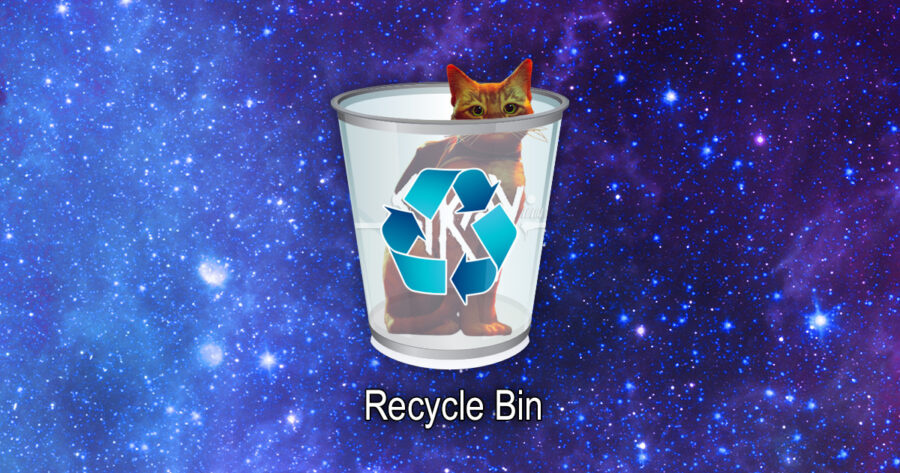 DETROIT — Local gamer Sandra Ruiz was looking forward to playing Stray until she encountered a bug on her computer causing the game’s save file to keep hanging out in the trash bin instead of the expected destination of a 5 TB external hard drive.

“I was running out of space on my PC when I decided to start Stray, so I thought it would be a good excuse to buy a Seagate external drive to house all my games,” said Ruiz. “It’s weird though, every time I drag my Stray launcher into the external drive, the icon immediately snaps back into the Recycle Bin. Is this part of the game like Doki Doki Literature Club or something? I half-expect Stray to know my name or birthday or something, but that’s not very cat-like, is it?”

According to Ruiz, the game itself appears to run normally with no other issues than the peculiar file location.

“It’s just frustrating that I spent all this time researching the best external hard drives, yet this game insists on hanging out in the trash,” Ruiz explained. “It feels just as frustrating as buying nice things for a real cat, which I guess is a compliment to the developers if this is in fact a design choice and not a crazy glitch. I mean, come on, I paid like $200 for this thing.”

When reached for comment, Stray developers confirmed that it is not intentional.

“Ugh, we don’t know why it does that. Just go in the nice thing that was bought for you!!!” said a representative from BlueTwelve Studio. “I’ve heard some people say that if you change the icon for your Recycle Bin to a fancy cat bed, that might get the file to stop going there. Another solution, maybe is to leave some files labeled ‘treat,’ in your external hard drive, but your mileage may vary. Every Stray save file is different, that’s for sure. But we love ‘em all the same.”

At press time, Ruiz realized that other files on her computer have also been getting suspiciously shifted around behind her back ever since she installed Untitled Goose Game.