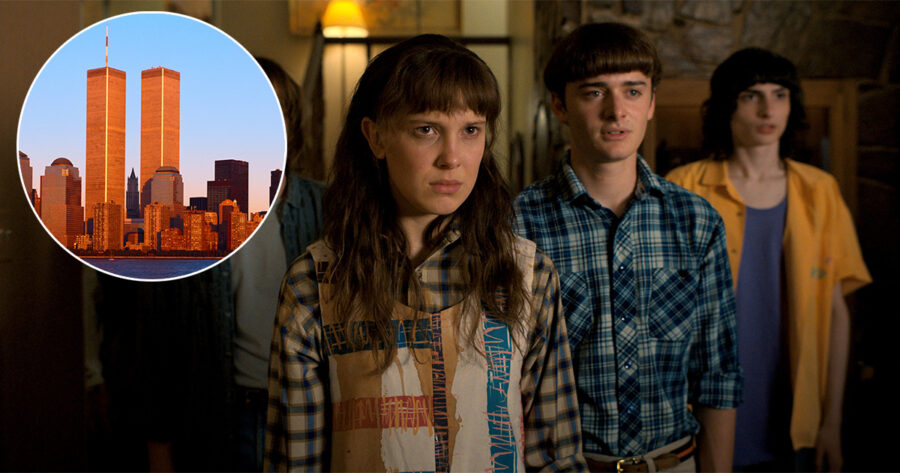 LOS GATOS, Calif. — Stranger Things creators the Duffer Brothers have continued to controversially revisit previous episodes of their hit show and digitally modify pre-existing scenes, this time altering a season one conversation between characters about how New York City’s Twin Towers would always be there.

“Those are the twin towers, honey,” says Winona Ryder’s Joyce Byers to her son Will, as he looks at a New York City postcard in the show’s first episode. “We’ll go see them one day when you’re older. Doesn’t matter when, look at how big they are. They will literally always be there, just like me, your mother. I would never let anything happen to you just like New York City would never let anything happen to the world trade center towers. Not ever.”

The scene garnered minor controversy when the first season was released in 2016, but was quickly overshadowed by the show’s cult status. The how quickly grew to be one of Netflix’s biggest financial successes.

“Stranger Things was such a hit out of the gate we didn’t even get dinged too bad for that weird World Trade Center stuff they had in there,” said Ted Sarandos, chief executive officer of Netflix. “Luckily the thing just caught on like wildfire and everyone got into the pastiche of ’80s horror and fantasy references and kind of overlooked that wholly unnecessary discussion of the future of the Twin Towers. I’m really glad we can go back and get that out of there before someone notices and it becomes a big deal on a slow news day.”

“The scene may be gone, but we will never forget it,” he added.

The Duffers first changed an already released scene earlier this year, when an episode was revealed to take place on a date that had been previously revealed to be Will’s birthday, despite his friends seemingly not commemorating the occasion in any way.

“Yeah, we really blew that one,” said Matt Duffer, or maybe it was the other one . “Luckily we can go back and change stuff like that these days. It’s pretty weird to think that you could go watch your favorite rerun of a show and discover that it’s been changed, but wouldn’t that be great? Imagine if you pulled up an old episode of Friends and they had digitally added a black actor into the background. The possibilities are endless!”

As of press time, The Duffer’s had also altered a season two scene that featured the Mike Wheeler character insisting to Eleven that a U.S. President would never, ever fist bump a guy that had an American journalist dismembered.