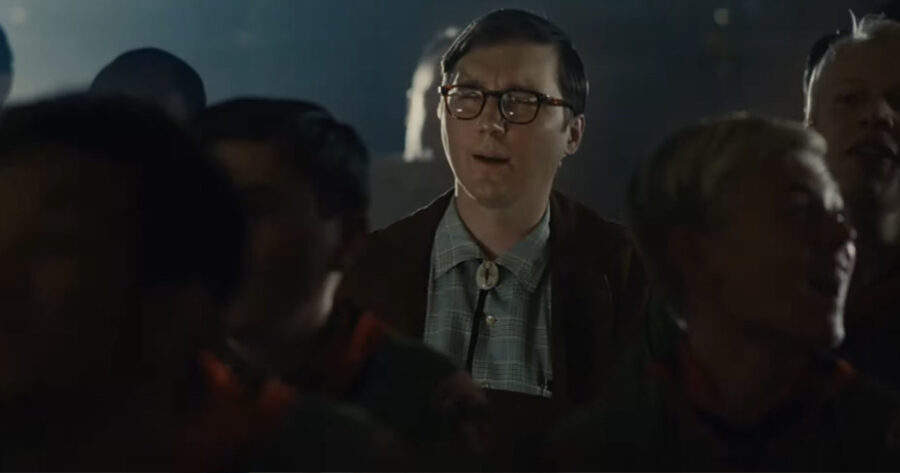 LOS ANGELES — Director Steven Spielberg, whose latest film ‘The Fabelmans’ releases this week, revealed that the film is a deeply personal exploration of his own childhood experience of being raised by actor Paul Dano.

“I’ll never forget when I was six, my dad sat me down and said ‘My name is Paul Dano. I’m an immortal being from far away, and in seventy years you’re going to cast me in one of your films,’” Spielberg explained. “From that point on, I was hooked on all things film. I had so many questions about how a camera worked, what made a good script, and why my dad disappeared for twenty years only to reappear as a child in ‘There Will Be Blood.’ This new movie is very much about myself, my journey as a filmmaker, and Paul Dano’s seemingly fluctuating imprint on the timestream.”

Dano explained that working with Spielberg was a challenging yet rewarding endeavor.

“It’s a bit intimidating working with Steven, who’s one of the greatest filmmakers of all time, and also my son from sixty years ago,” Dano said. “The material is so powerful, but I was able to connect with the character right away after realizing it was fulfilling the prophecy I created back when he was in middle school. It was tough not intervening all those years, but it was all worth it to play this character and close the loop in the timeline once and for all.”

Critics have already taken note of the deeply personal father and son moments in ‘The Fabelmans.’

“Dano has such a light touch as an actor, and the scene where he sits his son down and tells him that he has no choice but to become a director to further his own father’s career years later is so touching,” said Vulture film writer Nathan Welder. “It made me think of my own childhood, when Paul Dano was my dad.”

At press time, Spielberg admitted that he wishes he cut the scene where his mom buys a monkey, because “obviously none of that shit ever happened.”