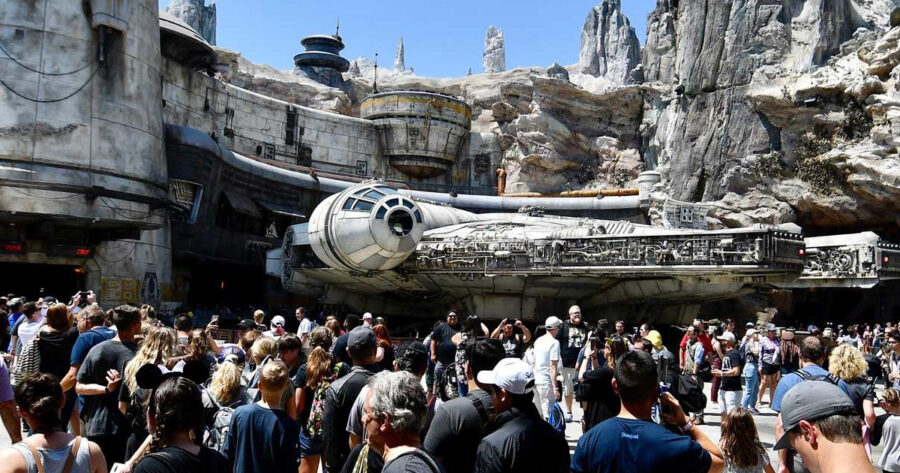 ORLANDO, Fla. — Alongside its life-size Millennium Falcon and replica lightsabers for purchase, Disney revealed that its new Star Wars-themed section of Disneyworld will also feature a lifelike Rian Johnson for fans to verbally abuse.

“Galaxy’s Edge is a place where fans can experience their favorite parts of this wonderful franchise, from the larger-than-life characters to screaming bloody murder at those who created them,” said Disney CEO Bob Iger.

Disney’s Imagineers refused to reveal how they created the humanoid Johnson, but were willing to explain and show off some of the possible interactions.

“We coded in an algorithm that grades your tone and content of speech, as well as creativity of threats,” said imagineer Ricky Goldbloom. “If you score in the top 5% of all park guests, Rian will take out his phone and you can watch him block you on Twitter. With the premium package, park employees will even remember your tweets and find you in the cantina to commend you on your abusive remarks.”

“Rian can understand over thirty languages, so no matter what part of the world you come from, you can experience the thrill of telling the director who sunk the cinematic version of the Titanic to suck your dick.”

However, for the small subset of guests who want to have a different interaction with Johnson, Disney said that would also be an option.

“For our white hat guests, if you mention that The Last Jedi was a brilliant deconstruction of the Star Wars mythos and call JJ Abrams a ‘people-pleasing artistic fraud,’ Rian will get up, shed a tear and bear hug you,” Iger explained. “We measured Rian Johnson’s real-life hug strength, as well as the salt content of his tears, so it feels just like the real thing.”

Special events are planned throughout the year for this newest addition to Galaxy’s Edge, including a dunk tank filled with “blue milk” during the summer and a public execution of the Rian Johnson animatronic orchestrated by a lifelike JJ Abrams on the release date of Episode IX: Rise of Skywalker.