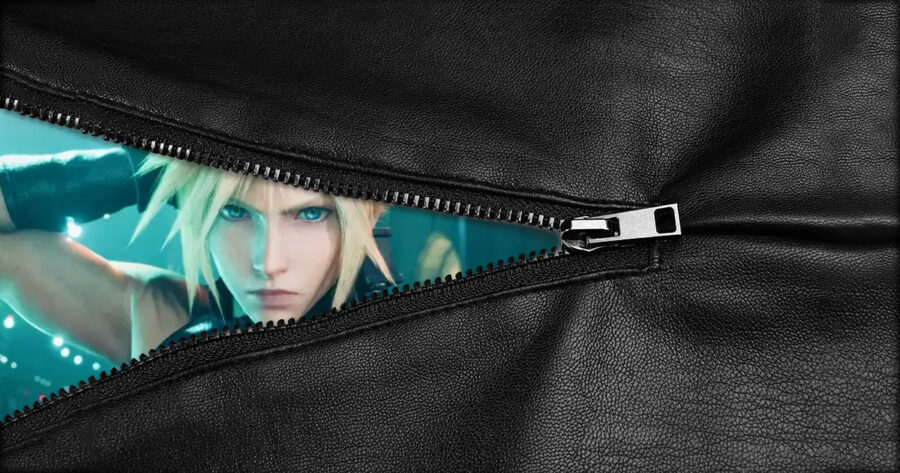 “Oh wow, look at that, such gorgeous design,” remarked one onlooker at the exhibit, gazing upon a pile of loose zippers that was prominently displayed. “Square Enix, and specifically Tetsuya Nomura, understand that most fashion is boring, and the places where things intersect, that’s where the magic happens. Belts, zippers, these are the only parts of fashion even worth considering seriously. I’m so glad I’ll soon be able to spend a half hour zipping myself up in the morning like all of my favorite Final Fantasy and Kingdom Hearts characters.”

Some gamers in attendance were confused by the nature of the event.


“I love Final Fantasy and shit like that, but I guess I didn’t realize what was going on here,” said a confused spectator. “I thought we’d see some cool gowns or battle armor or something. But a woman just walked out on the runway wearing nothing but zippers and everyone is acting like this is normal. This is not normal. This is way too many zippers.”

“People love this shit, what can I say,” he said. “Donald Duck was an endearing character, wonderfully designed, but you know what he was missing? A fucking long fucking zipper that ran down his whole hat, you know what I’m saying?”

As of press time, the fashion show had come to a halt as several models were taking an inexplicably long time in the bathroom.