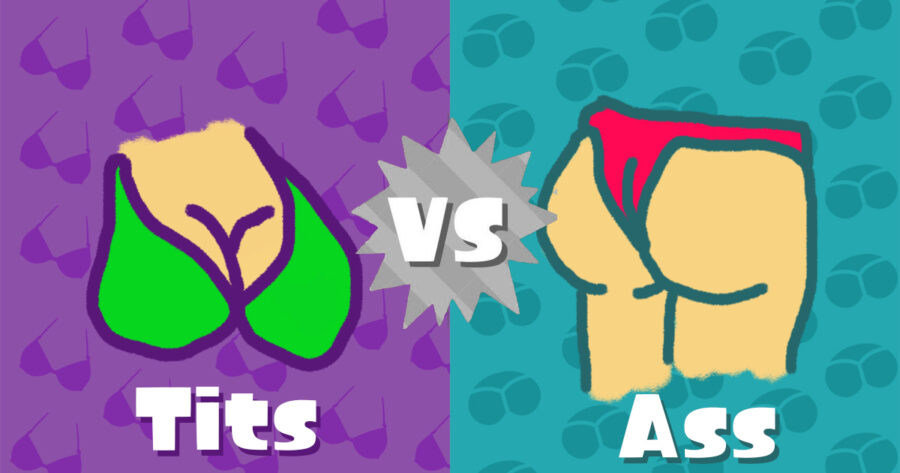 TOKYO — Ahead of the release of Splatoon 3, Nintendo announced today that they are doing one final Splatfest in Splatoon 2, allowing players to vote on whether they prefer ‘tits’ or ‘ass.’

“We stopped doing Splatfests in January, thinking we had already decided all of the major battles. That’s when we realized we totally forgot about one of the most important preferences of all time: tits vs. ass,” said Splatoon creator Hisashi Nogami. “Cake vs. ice cream, film vs. book, pancake vs. waffle… these are the battles of children. It is time, once and for all, that we get to the bottom of one of the greatest questions of our times. And we know we made the right decision because the fan art we’re seeing is already incredible. It’s almost like they drew it beforehand!”

The announcement sparked intense discussion online, with players expressing their concerns about the appropriateness of the topic.

“i dive ink almost as much as i dive into ass so u kno thats what im picking,” said another Twitter user, @squidproquo03. “i’m gonna get up in this game for sure. splatfests a feast tn”

Nogami explained further that like many previous Splatfests, the results of this one will be used to help shape future games.

“When Chaos won over Order in a previous Splatfest, we used that to design the desolate landscape we’re seeing in Splatoon 3,” Nogami said. “So perhaps if Tits wins this round, we may see a more nourishing world in the next game. But of course if Ass wins, stealth gameplay will become next to impossible.”