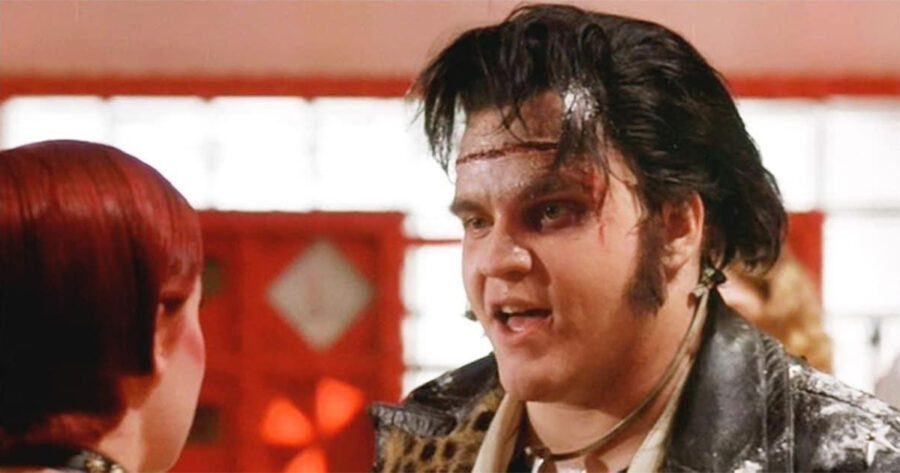 GRAND RAPIDS, Mich. — Due to the passing of singer and actor Meat Loaf, this evening’s monthly showing of cult classic The Rocky Horror Picture Show has proven even more tragic than it normally is, very few attendees report.

Gershwin reportedly looked over the five people spread through the theater, all of them alone, waiting in brutal silence for her to continue.

“Okay, so you were actually supposed to yell ‘asshole’ when I mentioned Brad. It’s one of the fun inside jokes we do here at Rocky Horror night, during the film. So, keep that in mind. I usually have handouts explaining all the jokes and when to do them, but my printer is broken, so we’ll have to do without—but I did remember to bring some rice to throw during the wedding scene! Everybody come up and grab some. Just don’t throw it at anybody’s face or body,” Gershwin said, gesturing to a heartbreaking bag of white rice from CostCo, which not a single person touched the entire evening. “Go ahead, don’t be shy! Anybody? No?”

When asked how the passing of Meat Loaf had changed the mood of the monthly event, one attendee claimed the effect was minimal.

“This is actually a pretty big turnout for us. Lots of energy,” said Brett Xavier, Gershwin’s boyfriend and the only person to attend the monthly event more than once. “Oh, that guy is leaving. Okay. Now we’re down to four. That’s about average.”

At press time, an audience member had approached the bag of rice, but it turned out he was just leaving to go to the restroom.