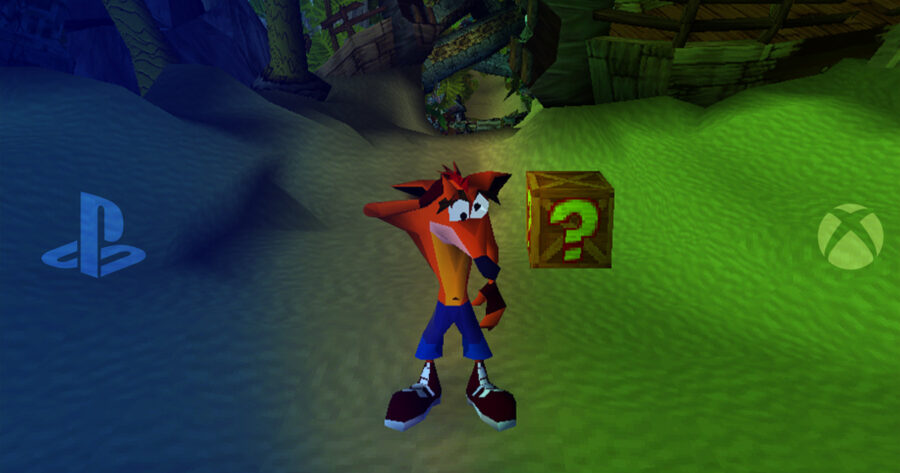 SAN MATEO, Calif. — In response to Microsoft’s recent acquisition of Activision-Blizzard, Sony Interactive Entertainment CEO Jim Ryan suggested that beloved video game protagonist Crash Bandicoot be placed between the heads of the two companies so that he may choose for himself which one he would like to go to.

“Sony and Crash have had a deep relationship for decades,” said Ryan, eyes visibly red and puffy. “Sony has been there from the moment he was born, and stayed right alongside him on every occasion that we’ve exploited him for profit. We’re prepared to put Crash into as many games as he would like if he chooses to remain on PlayStation. And I mean the good ones, not just PlayStation All-Stars sequels or something.”

“It’s only fair to allow Crash a choice in the matter,” Ryan continued. “I would like Microsoft to meet us in our parking lot and put Crash in between the two of us. Let him choose who he signs his freedom away to.”

Phil Spencer, head of Xbox, argued that Mr. Bandicoot would have a better life at Microsoft.

“He will welcome the stability of only being on one platform after many years of split custody,” Spencer said. “We also have several studios he can sleep in, and that number is only growing. Plus, he’ll meet so many new friends once he’s pumped into millions of homes through Game Pass. But if Sony wants to engage in this pointless exercise, I suppose we can humor them. I am confident that Crash will choose Microsoft.”

“I feel bad for him. I’ve loved Crash since I was a kid, but obviously all Sony or Microsoft want is to use him to make money. He should be allowed to retire to a beach somewhere and spend his days eating as much Wumpa Fruit as he wants. Just let him go.”

At press time, as he was placed between Ryan and Spencer, Mr. Bandicoot attempted to flee the scene of the meeting. He was promptly apprehended by Microsoft security and returned to their headquarters.