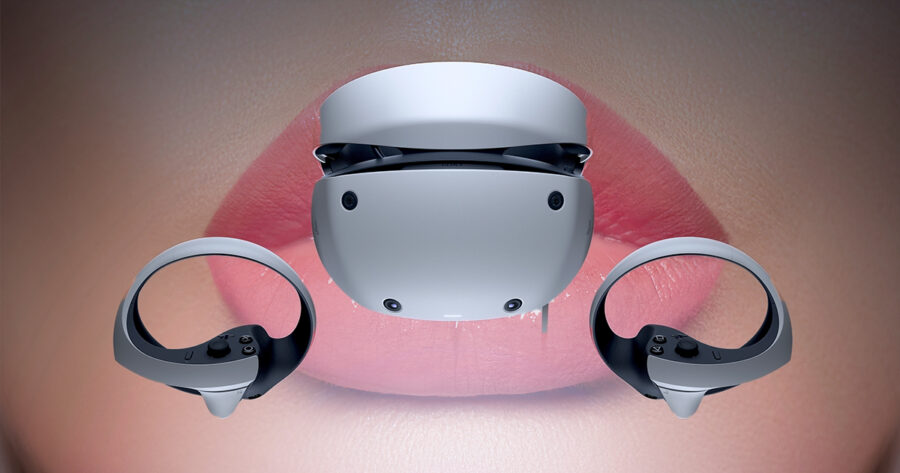 NEW YORK — After months of speculation, Sony has spoken out and the answer is no, the PlayStation VR2 will not be able to replicate the soft lips of the one you love.

To generate hype behind the upcoming virtual reality peripheral, the PlayStation advertising team did everything in their power to convince players that anything would be possible when it comes to the VR2. Naturally, many fans had assumed they would be able to unlock the tender caress of a sweet pair of lips straight from the heavens themselves.

“What people don’t understand is the technology just isn’t there,” explained PlayStation VR2 design director Yasuo Nagashima, still wearing a spotless white lab coat fresh from the design floor. “Lips have over a million different nerve endings. What would be the in-game difference between a kiss with Crash Bandicoot or, say, Lara Croft? What would it feel like if they kissed each other and you kissed their kiss as a 3rd party from the side?”

Nagashima, who previously worked for Japan’s Ministry of Defense for 20 years before heading the project, felt the romantic expectations were unfair to the VR2 team.

“How many of these people have actually had a kiss?” he asked, pausing for effect. “Probably almost none, right? I know I haven’t had one, and yet they expect me to wave a wand and dream up the dry or cold or hard sensation or whatever it feels like. It would take dozens of engineers working around the clock for years to figure that out.”

While many titles such as Half-Life: Alyx and Horizon Call of the Mountain will be available on the VR2, the lack of kiss compatibility still has many players canceling their pre-orders.

“I purchased the PlayStation VR2 for one reason only, and that was to once more taste the mouth of my deceased husband Philip,” wrote Strauss in an angry Reddit post. “I deserve better than this, and so does the PlayStation community.

While the manufacturing limitations of the PlayStation VR2 won’t be changing anytime soon, PlayStation + Essential subscribers will have the option of putting on the peripheral and kissing a regional Sony employee who will be sent to their home residence, free of charge.