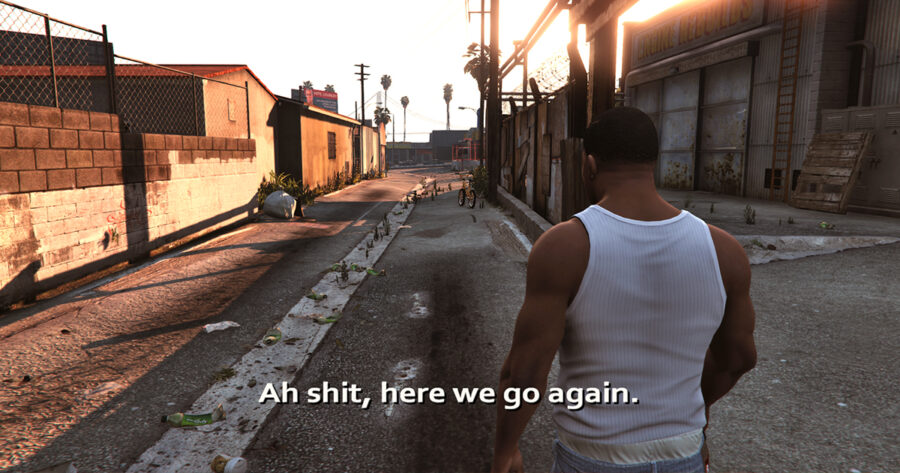 NEW YORK — Sony has confirmed that it is in the early stages of developing the next system that they will release Grand Theft Auto V for full retail price on.

“The speculation is true, it’s time we let the cat out of the bag,” said Jim Ryan, CEO of Sony Interactive Entertainment. “It’s certainly a long ways off, but we’ve begun working on the next system that will feature the exact same adventures of Michael, Franklin, and Trevor. We’re not sure if it will be a console, or our very own entry into the handheld market, but rest assured, Grand Theft Auto V will be one of the marquee releases for whatever it is that we do next.”

Though touted as a major reveal, the news did not surprise a majority of gamers.

“Why are you reporting on this like it’s news?” asked Kelly Hughes, a gamer that was asked about today’s blockbuster announcement. “Did you forget about when Sony launched a high profile PS5 showcase with a Rockstar logo, knowing full well that people were starting to anticipate GTA6, and it was just a preview for part five again? Let me guess what else happened today, Nintendo sued somebody and Microsoft bought a game developer? Oh wow, call the President.”

Developers at Rockstar were excited to reveal their plans for the next few years.

“We couldn’t be more excited to be working on this game still,” said Rockstar designer Charles Reed, of the title that was originally released in 2013. “There were a lot of things that we meant to fix in the PS4 version that we ended up delaying until the PS5 upgraded version that we then just ran out of time and manpower to do. I’m really glad we’re getting a fourth crack at this bad boy. None of us in the office want to do another Red Dead or Max Payne or anything like that. Nope. Grand Theft Auto V forever sounds good to me.”

As of press time, Rockstar had confirmed that paid subscribers to the recently announced Grand Theft Auto+ monthly service would be among the first to receive updates about future versions of Grand Theft Auto V.