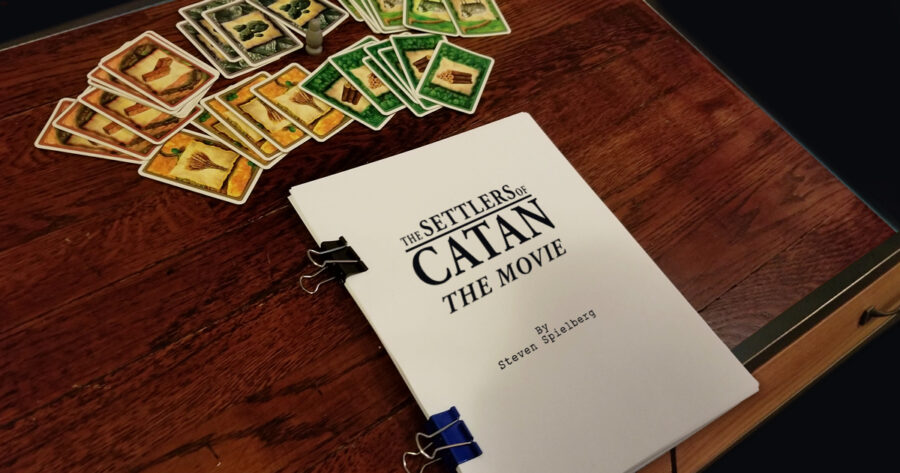 LOS ANGELES — Sony has approved a substantial budget for the upcoming Settlers of Catan movie, after much deliberation over sheep, wood, ore, wheat, and brick, according to close sources. The deal almost fell through after poor initial settlement placement by the producers at the studio led to significant wheat shortages for Sony.

“It was an extremely difficult negotiation,” said Blair Kingston, a producer at Sony. “We were originally willing to give up to 15,000 sheep because who needs sheep this late in the movie game? Eventually we agreed on 9,000 sheep and promised not to move the robber onto the production studio in the near future.”

Yan Xin, who directed the 1990 box office disaster Sorry! Not Sorry! A Sorry! Movie, was initially tapped to direct the film. However, after losing his 2,500 brick salary to a monopoly, he flipped over his camera and went home.

“These people are bunch of amateurs,” exclaimed Xin to reporters. “When I make movies, I do things by the book. I don’t want to deal with these ridiculous laidback Hollywood house rules. Also, by the way, it’s called fucking clay.”

The movie, with production set to begin this month, will be entirely filmed on a sound-stage right next to a 3:1 port, in case Sony needs to make any last minute changes to the budget or actor salaries. Cast and crew will be able to drive from the Sony Pictures lot directly to the set in a long, winding boulevard, to ensure that Universal does not receive Longest Road.

After agreeing to come on board to write and direct the film, Steven Spielberg told press today that the current version of the script consists of approximately 100 wood jokes, with about a third of those being variations on a “wood-for-sheep” theme. The script also contains a musical parody of Starship’s “We Built This City” with the lyrics “We built this city on rock and wheat.”

“With Settlers of Catan: The Movie, we really want to tap into the core of the game Settlers of Catan,” said Spielberg at a press conference. “To most people, that means repetitive jokes about wood. So yeah, the story is loosely strung together and about colonialism, or something. But it’s gonna be wood-joke-forward, OK?”

At press time, lower level executives at Sony announced they were concerned about the company’s attempt to build what they called “the largest army.”