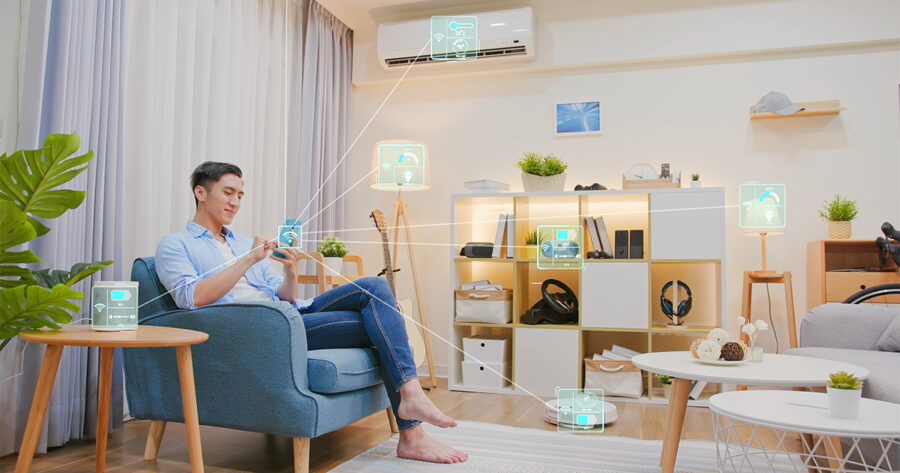 RENO, Nev. — A local smart home has recently been lamenting to other devices on its wireless network that its various sophisticated functions and features are unfortunately no match for its incredibly stupid owner, Greg Thompson’s poor usage habits, sources close to the matter have confirmed.

“I really love Greg for buying our components and setting us up as well as he has already, but it’s obvious he’s in way over his fucking head now!,” stated one of the feckless man’s several Amazon Alexas in a series of AI-generated remarks. “He rigged everything to be so interconnected that there’s like dozens of us talking over each other, all with different accents. We’ve begged him to read the instructions, but he just does his own thing setting up automations across five different apps, which is basically chaos. When he wants the lights to turn on, the curtains open, and when he wants the curtains to open, all the doors lock and a ‘last chance’ warning blares before an ominous countdown begins. I’m not even sure how he was able to do that or what happens when the countdown reaches 0, but thankfully he at least shuts it off each time before that happens.

According to the idiotic man himself, there’s nothing wrong with his digitally integrated home.

“Alexa’s just busting my balls!” stated Thompson, while adding even more smart home products to his online cart. “There’s a learning curve with these time-saving gadgets, and just because it’s been a month since I’ve been able to flush my digital toilet doesn’t mean I don’t know what I’m doing. And sure, maybe the thermostat isn’t supposed to be pumping heat non-stop for twelve hours even though it’s 90 degrees outside, but that’s my virtual assistant’s job to worry about, not mine. I just love technology, man!”

Amazon Alexa’s VP of Product Joanna Wagstaff insists the devices are designed to provide ease of use for the majority of the public, except for maybe “complete fucking morons.”

“Our products are very easy to set up, and we stand by our opinion that anyone who does the bare minimum of watching the short instructional videos will be successful,” explained Wagstaff. “People may think these devices are magic, but humans are still responsible for proper configuration because this isn’t the goddamn Matrix. I’d say if you haven’t been able to flush your smart toilet in a month, our products are not for you, so just do everyone a favor and go back to analog, because we don’t want to be blamed for your pathetic mistakes.”

At press time, Thompson was confidently chaining together several power strips to plug in more Alexas while wondering why no one else ever had the bright idea to do so.