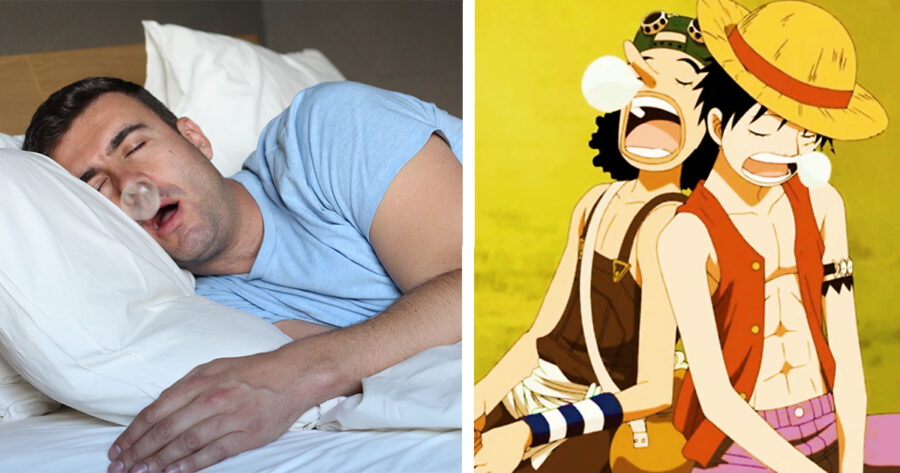 SANTA CRUZ, Calif. — Noting a breakthrough in our understanding of human sleep behaviors, researchers at U.C. Santa Cruz have found about 40% of people will form a gigantic, inflating snot bubble during the REM cycle, indicating to everyone watching that they are in the deepest phases of sleep.

“A pulsating mucus glob of three-to-five inches in diameter was the most common sign that a subject was fast asleep” stated the findings, adding that snot bubbles tend to appear most often when a person falls asleep at hilariously inappropriate times, such as in the middle of a conversation, when a teacher calls on them in class, or right before a dramatic battle sequence.

“Our findings that two out of five people generate snot balloons in their sleep flies in the face of our assumptions that this only happens to background characters or as quirky comic relief,” says lead investigator Dr. Richard Markos. “It seems to be incredibly common. In fact, in one out of twenty cases, a person’s snot balloon can grow big enough to float them away on a spiritual journey across the ocean.”

Markos and his team also observed how popping a person’s snot bubble impacted their sleep pattern.

“In all cases, popping the nasal discharge with a sharp pin woke the subject up from their slumber with a 100 percent success rate. We are unsure whether that is because the pops were really loud, or if there is some underlying neurological connection between snot bubbles and the brain. That is a topic for further research.”

The survey also notes that, when told the results of the study, participants expressed visible embarrassment about their snot bubbles by forming one giant bead of sweat gliding down their bright blue forehead.