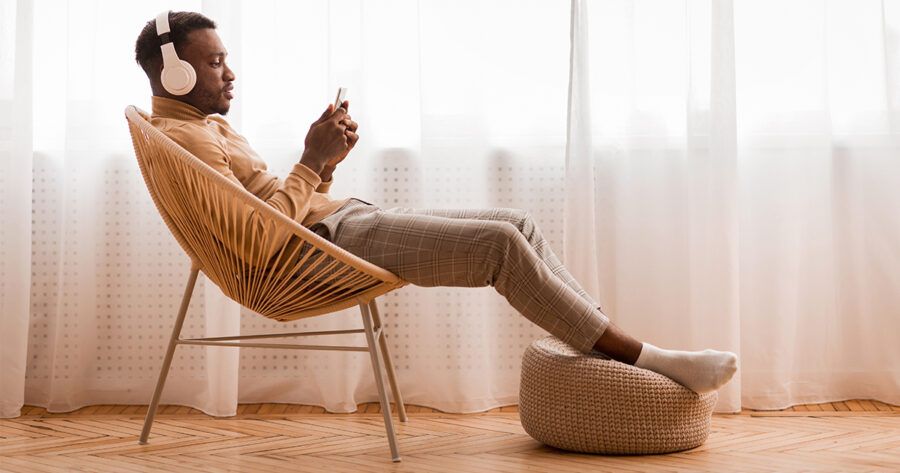 NEW YORK — An attempt to quickly pass over a thirty second ad in the middle of a podcast recently spiraled into a several minute debacle, several sources have confirmed.

“Oh my god, it was a complete nightmare,” said Jackie Fuller, who was listening to a true crime podcast on the subway when the hosts began to read a scripted advertisement. “I just went to skip the stupid mattress ad, but I over shot it, then I tried to skip back, and I skipped way too far back, then I accidentally closed the fucking app, then I spilled my coffee on my phone, and then I just ended up just sitting through the stupid ad anyway. Why is it so difficult to skip those?”

Bystanders took note of the outburst and claimed that a similarly confounding experience seemed to coincide with the next ad break in the show.

“The woman was sitting there on the subway minding her own business,” said Darius Hoover, a witness that was also riding the subway this morning. “And the next thing I know she’s cursing at her phone and asking it why it’s such a piece of shit, and then the Siri came on and starting answering her questions, and she just stared right at it and started crying. She must have gotten an upsetting text.”

The producers of the podcast were upset to learn that she was trying to skip the ad.

“Look, we’re glad you’re listening, and we’re sorry that you ended up throwing your phone out the train window,” said Frank Adeberg, co-host of the Whoa, Look Who Got Murdered podcast. “But those ads are the only things keeping the show you listen to on the air. In fact, without ads most of your favorite podcasts would cease to exist. That’s why podcasters got in with the podcast player apps to make the whole experience so confounding. 30 seconds if you press forwards, but 15 seconds if you press backwards. Fuck you, ya know?”

As of press time, the discarded phone had caused a derailed subway car. Several podcast episodes about the grisly scene are already in production.