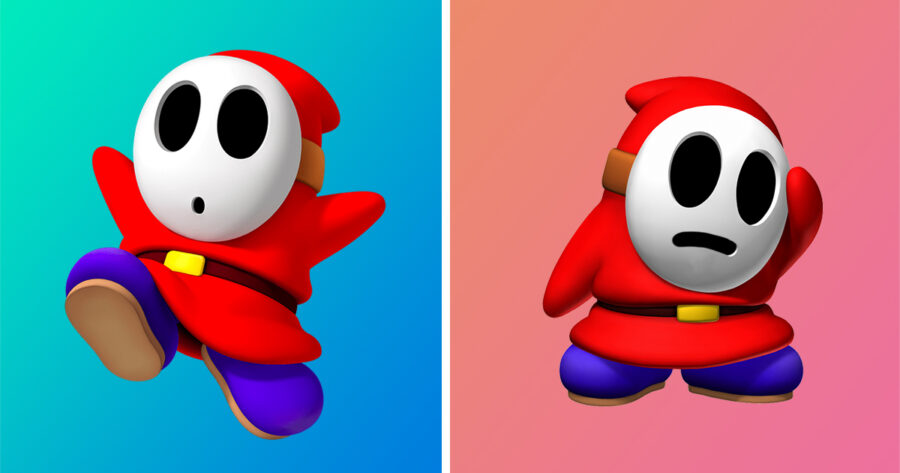 “Whaaaaaaat happens when we die, eh, eh?” asked Why Guy, when asked which part of the Mushroom Kingdom he inhabits. “Why spend our lives in servitude when we all return back to the sand in the end, eh? Whyyyy must I wear this mask? Whaaaaaat kind of life is this?!”

The masked figure, who looks more or less like Shy Guy save for a weird bendy mustache and the longest legs you’ve ever seen, reportedly is not affiliated with anyone else in the mushroom kingdom.

“That pesky puke brain?” said Bowser when asked if he’d ever come into contact with the deep thinking creature. “I’ve never met him but one time some of my boys ran into him while they were out fucking around. He blew their minds with some dark shit and some of them haven’t been the same ever since. Iggy stayed in bed for a week! You keep that philosophical fuckhead away from me!”

Although rumors of Why Guys have floated around the Mushroom Kingdom since the early ‘90s, today’s encounter was the most concrete ever captured on film. Much is still unknown about the creature, including whether he’s a good or evil.

“I don’t-a know this guy’s deal,” said Mario Mario, local plumber and 24-time rescuer of the entire kingdom. “I ask him-a question, he ask-a me one back. I tell him it’s-a me, Mario, he tells me there’s more to life than mushrooms and-a coins. I don’t like-a this guy! He told Yoshi he no have-a soul and I said I’ll a-see you in Hell and he said he’ll a-see me in the a-collective unconscious. Is that a kart racing level?”

As of press time, the horrified Shy Guy had turned around and kinda shuffled away from the Why Guy.