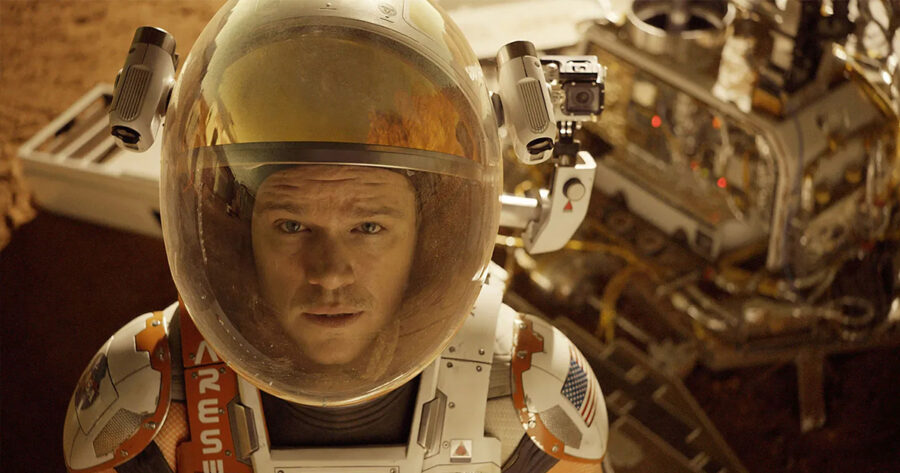 LOS ANGELES — A recent interview with Variety has revealed that actor Matt Damon apparently thinks the events of 2015’s blockbuster sci-fi film The Martian actually transpired several years ago, and that he was briefly stranded on the planet Mars.

“I remember bumping into him at some awards thing shortly after we wrapped,” said Kristen Wiig, who portrayed Annie Montrose, a PR director for NASA, in The Martian. “He just kept thanking me for getting him ‘down from there.’ At first I thought, okay, he’s doing a method thing. But then I realized, we’re all done making the movie, and here he is tearing up thanking me for getting him back to his family. I just said no problem and got away from him. What a weird dude.”

The film’s director, Ridley Scott, confirmed that Damon seemingly thought he was stranded on the planet Mars for the duration of the film’s production, confusing his character’s dilemma for his own.

“I’ve worked with so many greats, and all of them do things a bit different,” said the legendary director of such films as Alien and Blade Runner. “So when Matt thanked me profusely every morning for helping to get his message ‘back to Earth’ and insisted that I said things like ‘space-action’ and ‘space-cut’ while shooting, I just thought this is what he was doing to get into his character’s head. I realize now that there was no character there, and I’m not sure what’s going on in his head. Did he think the crew was flying to Mars every morning?”

When asked about the situation, Damon firmly asserted that his postulation was accurate.

“I mean, you’ve seen the footage, right?” the increasingly agitated thespian asked gathered reporters. “I can’t believe you’d talk to an honest to goodness cosmonaut, the first among us to walk on The Red Planet, with such mockery, such disdain. Would you talk this way to Buzz Aldrin or Darth Vader if they were standing in front of you?”

When asked how he explained the presence of a popular feature film with a plot that involved him being stranded on a foreign planet, Damon responded, “I’m sorry, but what does Interstellar have to do with any of this?”