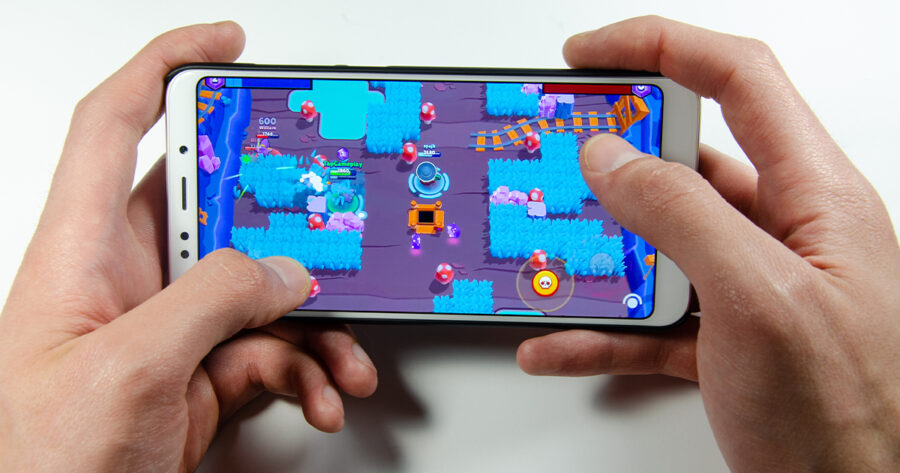 Lanigan, who was having a perfectly adequate time playing Jump Ball 3D Plus, became dismayed after discovering the comparatively thrilling yet still rudimentary gameplay of Can You Snipe the Mafia Don?

“Here I was, thinking that bouncing a low-resolution ball was enough to keep me entertained while procrastinating at work,” said Lanigan. “Next thing I know, I’m dragging a low-resolution rifle scope to aim at a crudely-animated mob boss — and all of a sudden, I don’t want the 15-second ‘Skip Ad’ countdown clock to run out of time!”

Despite his enthusiasm for the marginally more engaging nature of the game preview, Lanigan went on to express that in a way, it made him feel trapped.

“Of course I would rather spend my idle time playing a better game than this mind-numbing low-budget puzzle crap,” Lanigan conceded. “But on the other hand, something about being served an ad and then, like, clicking on it and downloading the advertised product? It feels profoundly wrong.”

Jennie Cline, a developer at Pigeon Excelsior Studios (which produced both Jump Ball 3D Plus and Can You Snipe the Mafia Don?), defended her company’s strategy of teasing slightly better experiences within mediocre experiences.

“This is how you retain players,” Cline explained. “You get them hooked with Jump Ball 3D Plus. Then you string them along with Can You Snipe the Mafia Don?. After that, they move on to Dr. Ninja Monkey’s Adventure Royale. Just when they get bored of that, it’s on to Trash Chomp Roulette. Before they know it, they’re addicted to Flim Flam Racing. Sure, they’ll tinker with Dot Smash Turbo for a while, but not without getting curious about Bubble Warehouse: Revenge of Fishboy. And that’s when we hit ‘em with Grapefruit Lodge: Continental Breakfast is Served!. Really, it’s all just a ruse to get them to try Happy Motocross Evolution. Once they’ve started that, there’s no stopping them from downloading our flagship product, Sneaky Cookie Universe.”

At press time, Cline’s statement was interrupted by a slightly more entertaining employee wondering if we’d like to go finish this conversation in a helicopter.