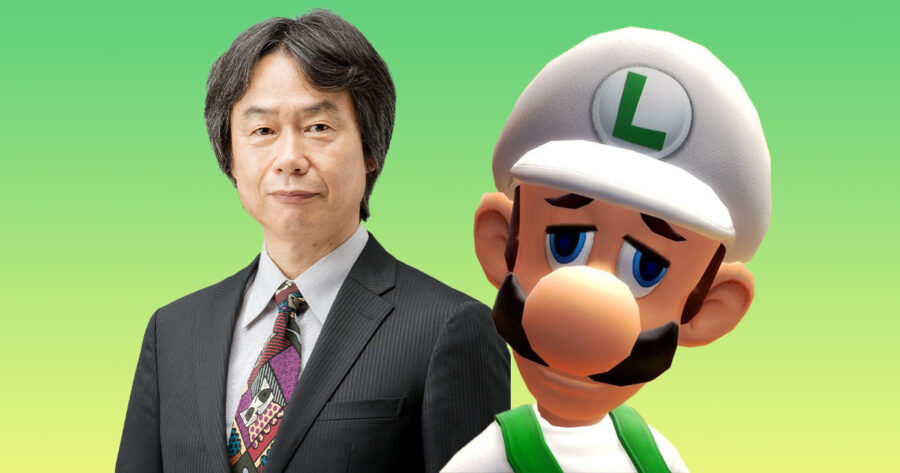 KYOTO, Japan — Legendary game designer Shigeru Miyamoto reportedly had a less than enthusiastic reaction this Father’s Day when being presented with a homemade card from his son, Luigi.

“It really looks like you put a lot of effort into this,” said Miyamoto as he attempted to read the message written in crayon inside the card. “You’ve got a very, uh, unique perspective. Did you use up all the glue in the house?”

Luigi appeared upbeat throughout the entire Father’s Day celebration, not seeming to recognize his father’s half-hearted attempts at praise.

“Dad-a absolutely loved my card!” said Luigi when asked for comment while waiting for Miyamoto to pick him up from soccer practice. “Sure, he can-a be a little cold sometimes. And he’s always-a letting Mario go first whenever we-a go on adventures. And he keeps saying how he can’t wait for me to-a move out and live in my-a haunted mansion alone. But obviously, that’s just because he’s-a trying not to play favorites!”

When asked about the card, Miyamoto shook his head and sighed deeply.

“Look, I love the kid. But I don’t know what to do with him anymore. My dad just sent me outside to catch bugs all day. The one time I sent Luigi out, he got a splinter and had to lie down for six hours,” Miyamoto said. “I tried to get him to move out — he’s a grown man — but he said, ‘a delayed adulthood is eventually good, but a rushed childhood is forever bad.’ Just spitting my words right back at me, that bastard.”

Miyamoto stressed that he does love all of his children equally, though he did qualify that his relationship with Waluigi was in a “complicated place.”