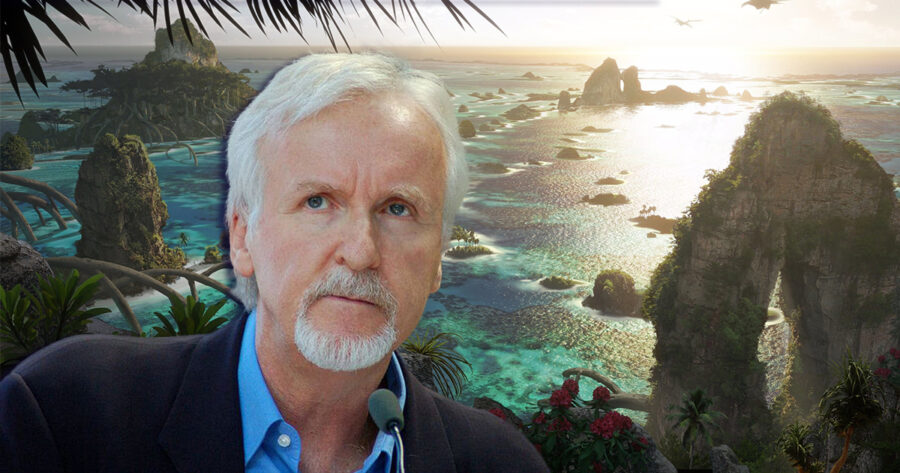 LOS ANGELES — A scrambling James Cameron was spotted frantically beginning work on Avatar: The Way of Water, which is due to be released this December after years of delays.

“Oh fuck my rich ass, I should have worked on this by now,” bemoaned the writer and director of 2009’s Avatar, one of the highest grossing films of all time. “I got so used to just talking about the sequel and kicking the can down the hallway that I fucking spaced and now people are expecting this thing kind of soon. I’m in a real pickle here. I saw a poster for it the other day at the theater and I started freaking out. I guess this thing’s called Way of the Water.”

Paramount expects the highly anticipated film to be one of the most successful of the year.

“We’re all so excited to see what James has been working on all these years,” said Chloe Barkell, an executive with the studio. “And frankly, whether the film is in very good shape or not, we just really need it to come close to making a billion dollars. That’s our whole thing here. I think the recent reports that he was up all night watching the first one to remember all of the characters’ names just speak to what a dedicated artist he is and don’t worry me at all, actually. I’m a little bothered that he faked that trailer footage and was mostly just playing PS4 when he swore he was writing the six sequels or whatever, but I’ve been assured he’s ready to do the work now, and I’m sure he’ll be ready to start filming tomorrow morning as scheduled.”

“He said he was gonna stay up all night and write,” she added.

Fans of the film said they were willing to look the other way on some of the sequel’s loose ends as long as it was released on schedule.

“I’ve waited 13 years for this movie, so there’s almost no way it can live up to my expectations,” said Andrew Sharp, who considers the original his favorite film. “The fact that he’s just now starting on it doesn’t do a lot to change my mind about that, but oh well. I guess that’s just the nature of sequels. I sure hope he can get everyone together and stuff on short notice. Man, five months isn’t very long to make a movie like that, huh?”

As of press time, a new plot synopsis was released for Avatar: The Way of the Water that sounded suspiciously close to Terminator 2.