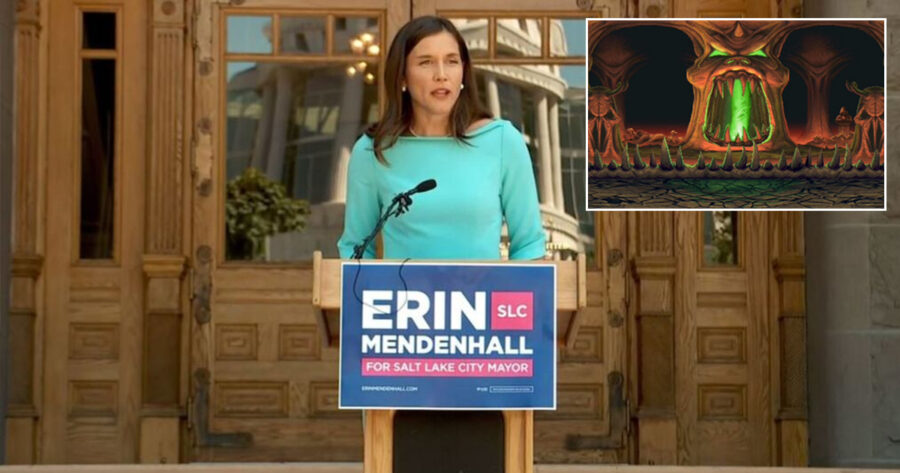 SALT LAKE CITY — The capital of Utah has launched a bid to be declared the host of next year’s Mortal Kombat festivities.

“We’re changing things up around here in Salt Lake City,” said mayor Erin Mendenhall. “We want to show the world, and the Outworld, that we’re not just a bunch of stuffy Mormons. We’re actually a really fun place! We had the 2002 Winter Olympics and constructed a ski jump you wouldn’t believe. I think we’d be able to build a Pit that would really knock everyone’s socks off. Please consider us for Mortal Kombat 2023.”

“Salt Lake City,” the mayor continued, launching into the new promotional campaign’s slogan. “Get over here!”

Residents of the city had mixed feelings about the city’s intentions to host the historically violent combat tournament.

“I can’t imagine this will be a good influence on the community,” said Mary Lambert, a lifelong Salt Lake City resident and mother of three. “I don’t mind my kids watching a hockey game or something once in a while, but I don’t think I want ninjas and shapeshifters tearing each other apart in our soccer stadium while we hoot and holler. How do we go back to normal as a city once we’ve participated in this? That’s my question.”

Veteran Mortal Kombat fighters welcomed the change of scenery from the typical settings for the annual battles.

“Oh wow, yeah, that would be alright,” said Liu Kang, a participant in every known Mortal Kombat tournament. “Maybe I could get some skiing in, or go see the largest saltwater lake in the United States. Maybe take in a Jazz game. Man, I hope they pick Salt Lake City and not that boring Netherrealm again. The accommodations there are a bit below par, believe you me.”

As of press time, the International Mortal Kombat Kommittee (IMKK) had begun deliberations and was expected to make an announcement regarding the 2023 ceremonies soon. In related news, the IMKK also ruled that tearing an opponent’s spine out of their asshole would no longer be an acceptable move in competition.