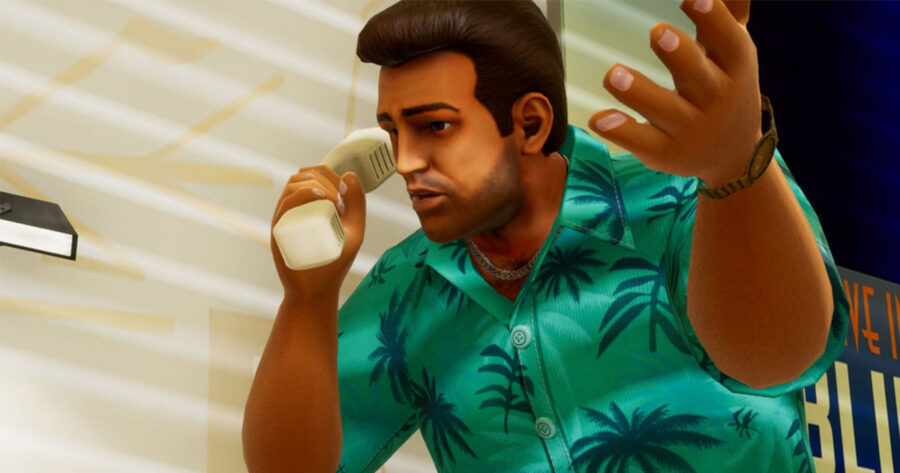 NEW YORK — Following the controversial and critical release of Grand Theft Auto: The Trilogy, Rockstar Games has pledged to only release new versions of their 2013 smash hit Grand Theft Auto V moving forward as a publisher.

“The people have spoken, and we’ve heard them,” said Sam Houser, president of Rockstar Games. “They’re not interested in these new versions of San Andreas and Vice City. They couldn’t care less, in fact. It just proves what we’ve known for years; players aren’t interested in the classics they played growing up, or even single player DLC that can extend the narrative campaign. They would just rather be playing GTA 5. We tried shaking up our formula and paying attention to something else, and everyone got really mad at us. We hear you loud and clear: just Five stuff from here on out. We’ve even put Six on the backburner for now.”

Gamers all over felt that Rockstar was misinterpreting the recent trilogy’s reception and manipulating the narrative to serve their desires.

“Wait, that’s their takeaway from all this?” said Mel Ankov, a longtime fan of the Grand Theft Auto series. “We lobby for this stuff, get excited when it’s announced, buy it the day it comes out, and then when our valid criticisms are aired we’re just told more news about Grand Theft Auto V? I’ve had two marriages since that game was released. Do something else, anything else! Maybe something to do with Bully, Max Payne, L.A. Noire, Manhunt, or Midnight Club, I don’t know. Not more fucking GTA 5! It’s one of the best games I’ve ever played, and also I hate it now.”

Many in the media allege that this reaction is par for the course for Rockstar.

“They have a magnificent ability to just make up some bullshit and then start believing it themselves,” said A.C. Clarkson, a freelance games journalist. “So my fear is that them revisiting their catalog and it going horribly, horribly wrong will be enough fuel for them to focus solely on that goddamned game for another decade. To their credit however, it was extremely generous of them to offer full refunds to any dissatisfied customers in the form of a free copy of Grand Theft Auto V on whatever platform they choose.”

As of press time, when asked if they’d corrected their controversial crunch culture that was highly publicized during the release of Red Dead Redemption 2, Rockstar announced that Grand Theft Auto V would be coming to the Nintendo Switch next year.